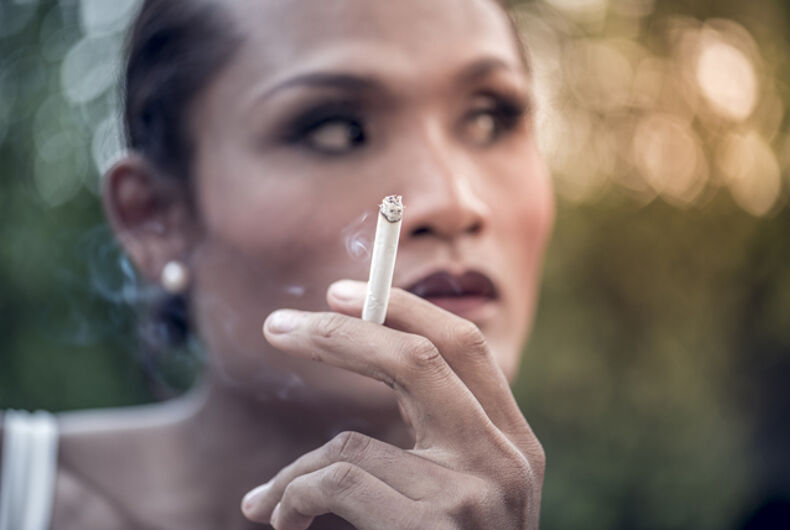 Transgender people lead the pack when it comes to smoking amongst teens.Photo: Shutterstock.com

E-cigarette use is up amongst LGBTQ teens, with a survey conducted by the Ohio Department of Health showing that LGBTQ teens were far more likely to have vaped or smoked in the last 30 days, versus their straight counterparts.

What’s more, those who identified as transgender or gender non-conforming have a substantially higher use of tobacco and e-cigarettes. Transgender teens were twice as likely to use e-cigarettes versus their non-transgender counterparts.

Local community leaders, such as Jackson Siegel, the youth program coordinator for the LGBT Community Center of Greater Cleveland, point to stress and anxiety as factors in the increase in usage for transgender and other LGBTQ teens.

Siegel also pointed to the need for community and acceptance, leading trans teens to enter smoking or vaping to feel a part of a peer group.

“They have a desire to belong somewhere,” said Siegel in an interview in the Cleveland Plain Dealer.

The Ohio Healthy Youth Environments Survey Data, or OHYES!, reached out to students aged 12+ in grades 7-12 in Ohio public and private schools, starting in the 2015-16 school year. School participation was voluntary.

The study covered more than smoking, seeking demographics on teens around a variety of issues. These include the use of alcohol, tobacco and vapor use, marijuana, prescription drugs, as well as issues like bullying, school safety, and suicide.

The survey has no set end date, and is administered every four years.