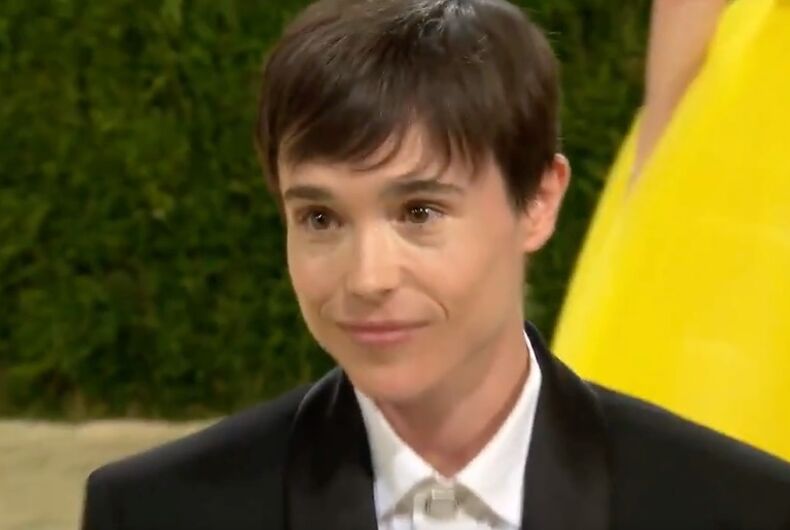 Elliot Page has revealed the cover of his upcoming memoir, Pageboy, along with a heartfelt message about both the importance of trans stories and posing for the cover photo.

The image on the book’s cover shows Page, who has spoken openly about his discomfort posing for photos before he came out at transgender in 2020, looking studly in a white tank top against a deep red backdrop.

“Writing a book has come up a few times over the years, but it never felt right and quite frankly, it didn’t feel possible,” Page wrote on Instagram earlier this week. “I could barely sit still, let alone focus long enough to complete such a task. At last, I can be with myself, in this body. So, I’ve written a book about my story.”

“At many points in my life, it felt unbearable to be in front of a camera,” he continued, “but making this cover with acclaimed photographer Catherine Opie was a joyful experience that I will never forget.”

Page previously discussed the intense gender dysphoria he felt before transitioning. “I just never recognized myself,” he told Time last year. “For a long time I could not even look at a photo of myself.”

But he seems to have grown increasingly comfortable posting images of himself. In July, he posted his new passport photo on Instagram, captioning the image “Never thought I would love a passport photo.”

Page also used the cover reveal to address the wave of anti-trans rhetoric and laws sweeping the U.S. in recent years.

“Trans people are facing increasing attacks, from physical violence to the banning of healthcare, and our humanity is regularly ‘debated’ in the media,” he wrote. “The act of writing, reading, and sharing the multitude of our experiences is an important step in standing up to those who wish to silence and harm us. Books have helped me, saved me even, so I hope this can help someone feel less alone, feel seen, no matter who they are or what path they are on.”

His comments about the importance of books reflecting trans people’s experience come as LGBTQ+ books are being increasingly challenged and removed from school and public library shelves.

Karine Jean-Pierre shuts down press briefing like a boss