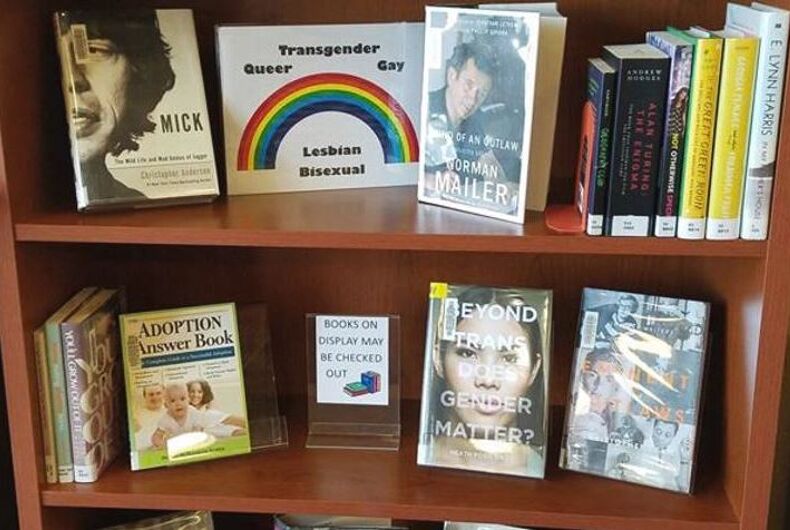 Amid a contentious debate over recognition of LGBTQ Pride Month in Arlington, Texas, 10 area pastors sent an email urging the city’s mayor and city council to ban Pride displays at public libraries.

“We are asking that those displays not be allowed in our city library,” reads the August 24 email received by Mayor Jim Ross (I) and members of the Arlington city council, whose subject line read, “For your eyes only – Request for dialogue – Gay Pride Display directed toward children.”

“They do not align with the family and faith values of the majority of parents in Arlington and are actually designed to influence children into that lifestyle.”

In reality, a survey conducted by the library found that of the 1,800 responses, 1,062 did not support restrictions on Pride displays.

The email requested a meeting with Ross and the city council to discuss the displays. However, according to KERA News, the pastors were told they could not meet with the entire city council at once as doing so would require a public meeting.

“To be clear, we are not interested in creating a public spectacle, nor are we interested in standing against the LGBTQIA+ community,” the email continues. “Our aim in this requested conversation is to guard our community against sexually explicit and suggestive literature that is openly displayed in our public libraries directed toward the children/teens of this city.”

Following a September 7 meeting between Ross, City Manager Try Yelverton, Director of Libraries Norma Zuniga, and seven of the pastors who co-signed the email, Gary Hutchison of Grace Community Church told the library advisory board that he and other pastors were concerned that identifying as a part of the LGBTQ community sends children on a “path to pain.”

On October 27, Arlington’s library advisory board approved a new policy that would restrict Pride Month displays to the adult and young adult sections while also creating permanent spaces for age-appropriate LGBTQ books in each section of the library.