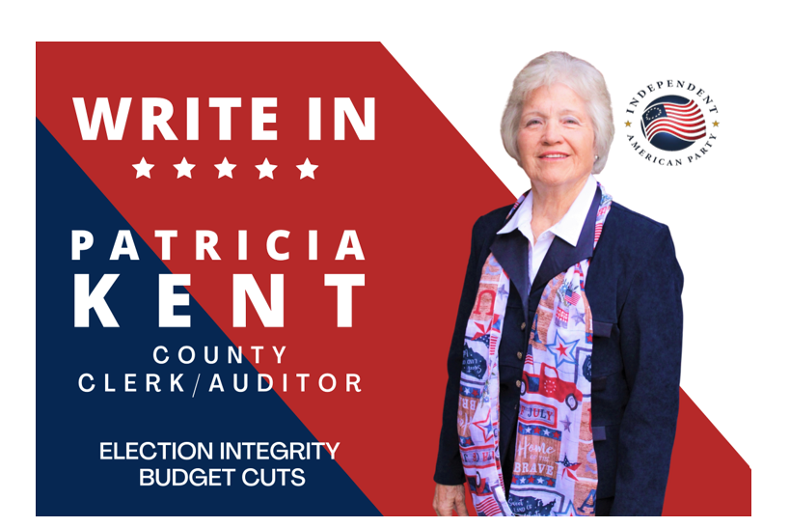 After losing her write-in campaign to become the top election official in Washington County, Utah, a right-wing hate group leader’s history of pursuing young teenage girls has been revealed.

Patricia Kent was forced to resign her job teaching middle school girls as young as 11 after her “relationship with her young female students became a matter of public knowledge in the school community.”

In October, Kent led a rally denouncing the LGBTQ community, displaying pictures of young girls at a Pride event in the county. “They are grooming our children for immoral satanic worship,” she asserted.

According to the Utah Professional Practices Advisory Commission (UPPAC), Kent used her position as a middle school teacher to “foster intimate and dependent relationships with young teen-aged girls.” She wrote the children intimate notes, gave them gifts, and discussed inappropriate personal details with them, against the express wishes of the students’ parents and warnings from supervisors, according to documents reviewed by the Salt Lake City Tribune.

UPPAC also found evidence that Kent engaged in sexual relationships with at least one of the young girls, but the evidence wasn’t sufficient to bring formal charges.

Kent was forced to resign and her teaching certificate was suspended in 2000. That same year, she filed a lawsuit against the school board where she alleged her rights were violated. Court records show that a settlement was reached in the case and the case was dismissed. The terms of the settlement are not a part of that record other than that neither party was ordered to pay the other’s attorneys’ fees.

“It’s absurd that 26 years later, people are making a big issue out of this,” Kent told The Tribune. She implied that she won cash in the settlement. “If I was guilty of what I was accused of, I would have been put in jail, OK. I wasn’t… I was paid off. And that should be the end of it. I am not one to live in the past. Like I said, I’ve moved on with my life. I continue to do what I need to do to live a normal life.”

Her own lawyer, Stephen Cook, who is now retired, said that the settlement isn’t a sign that she was exonerated.

“It wouldn’t apply in a case like this at all,” he said. “So I don’t know where she’s getting that.”

The failed candidate, 71, is a longtime political activist and current “national chair” of the Independent American Party, which endorsed her write-in campaign.

Kent is also the founder of the Liberty Action Coalition, established in 2020 to protest an assortment of right-wing bogeymen, including Black Lives Matter, mask mandates, mandatory COVID vaccinations for children, and socialism. That year, Kent urged members to show up armed to a counter-protest of a rumored Black Lives Matter demonstration in the county seat.

“I learned a long time ago that talk is cheap,” Kent told the St. George News at the time. “But when it comes to defending your rights, most terrorists, most antagonists, most rioters don’t listen to anything unless you’re armed.”

The former teacher added drag shows to Liberty Action’s list of grievances in 2022.

“Those are children, teenagers at best, being promoted to the ideology of same-sex transgender,” she said at her campaign rally in October. “This is supposed to be the new exciting lifestyle and everybody’s supposed to love it. They are grooming our children for immoral satanic worship.”

“I don’t watch Hallmark movies anymore because I never know when they’re going to sneak in that homosexual couple,” Kent continued. “They’re not good family movies anymore. We know Walt Disney is no longer family-friendly and hasn’t been for a long time.”

Kent lost her bid for County Clerk/Auditor to incumbent Susan Lewis with 8.3% of the vote.