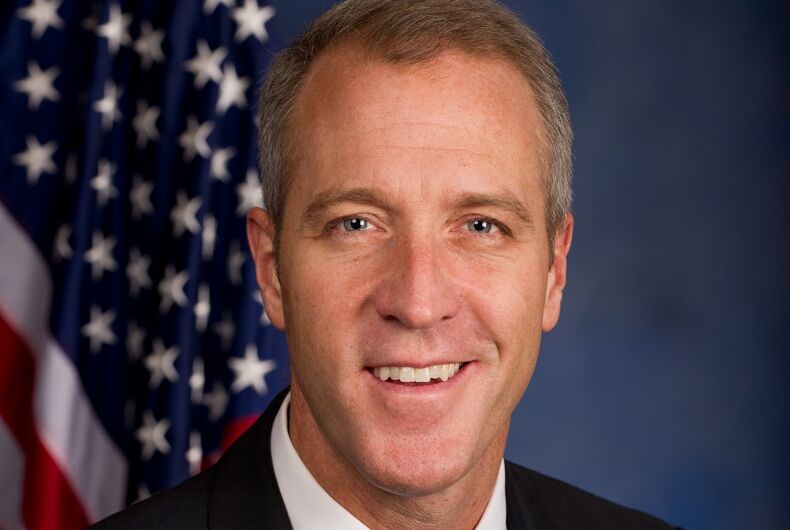 Maloney began his political career as a volunteer for Bill Clinton’s 1992 presidential campaign. After Clinton’s victory, he joined Clinton’s White House staff and served for a year before moving to the private sector. Then, he worked as the chief operating officer at Kiodex, a risk-management and consulting firm for commodities traders.

He later came back to the public sector and served as deputy secretary for two consecutive New York governors: Eliot Spitzer and David Paterson.

He went back to the private sector to work as a partner in law firms. In 2013, he came back to public service after being elected as a House Representative from the 18th District of New York. He has retained this position ever since January 2013. In 2021, he became chair of the Democratic Congressional Campaign Committee (DCCC), the political party organization responsible for aiding Democratic congressional candidates nationwide.

He lives in Cold Spring, New York with his husband, Randy Florke, and their three adopted children.

Maloney is the first out gay lawmaker to be elected to Congress from New York and the first gay person to head the DCCC. He is also the co-chair of the congressional LGBTQ Equality Caucus.

A long-time champion of LGBTQ issues, Maloney has proudly worn his identity as a married gay lawmaker and adoptive father. He has a distinguished record of voicing his concern over anti-LGBTQ policies and taking concrete steps to spearhead change.

“If Republicans in Congress and their radical judges get their way, my marriage will be made illegal,” Maloney said. “Everyone, no matter their race or sexuality, deserves the right to marry the person they love.”

As an adoptive father of three children, Maloney criticized the Trump administration for planning to roll back Obama-era federal funding cuts to organizations that blocked gay parents from adopting children.

“When you allow people to discriminate against [LGBTQ+] couples, you deprive children of good moms, dads, and families who are going to love them,” Maloney said. “And when you dress it up as religious liberty, you simply sanction discrimination and deprive those children of the home they deserve.”

During an April 2022 debate, Maloney criticized Republicans for spreading misinformation about lockerrooms and women’s sports. He accused them of  hiding behind “ridiculous, embarrassing, easily debunked arguments, falsehoods, [and] fear-mongering.”

Maloney supports legislation that would expand the Civil Rights Act of 1964 to prohibit discrimination based on gender identity and sexual orientation. This legislation could help ensure the rights of trans children to participate in school sports.

The legislation would also roll back parts of the Religious Freedom Restoration Act that provide legal cover for anti-LGBT policies.

Maloney helped pass the Equality Act, a bill that would ensure transgender and non-binary students access to shared facilities and public accommodations like locker rooms, restrooms, and dressing rooms. However,

Maloney helped pass the Equality Act, a bill that would ensure transgender and nonbinary people to shared facilities and public accommodations like locker rooms, restrooms, and dressing rooms. He added a provision in the bill that withheld energy and water funds for any state with a trans bathroom ban.

In April 2021, Maloney introduced the Prohibition of Medicaid Funding for Conversion Therapy Act. It would prevent federal funding from being used to support “discredited, often barbaric efforts” to change a person’s sexual orientation and gender identity, his website states.

In 2021, Maloney reintroduced the LGBTQ Essential Data Act, which would require the Centers for Disease Control and Prevention (CDC) to collect information on the sexual orientation and gender identity of deceased individuals through the National Violent Death Reporting System.

He also helped pass the LGBTQI+ Data Inclusion Act on June 2022. The bill includesd his amendment to ensure that deceased LGBTQ Americans can have their sexual orientation and gender identity included in federal surveys.

Maloney introduced legislation to make monkeypox testing free during the 2022 outbreak. The pox mostly affected men who sleep with men.

Why are gay members of Congress supporting GOP bill to restrict Syrian refugees?