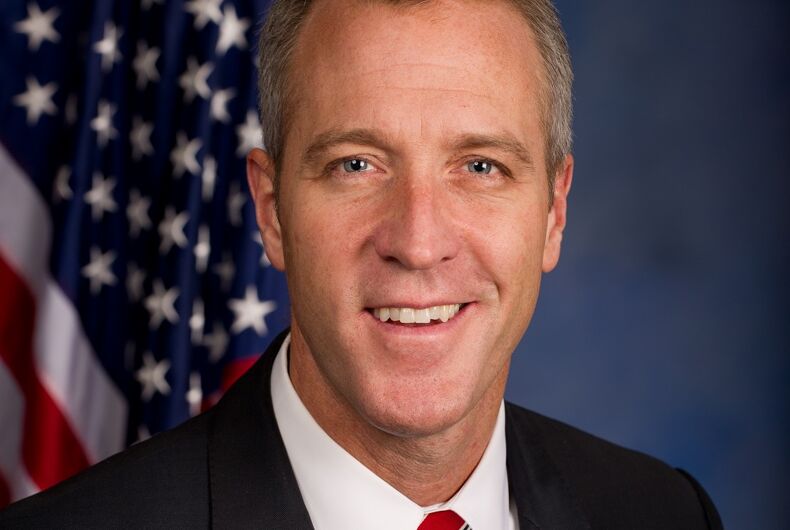 “Are you ready to fight these MAGA assholes?” out Rep. Sean Patrick Maloney (D-NY) said to former NFL linebacker and Rep. Colin Allred (D-TX) as a mob of Trump supporters burst in to the Capitol, carrying weapons and explosives and chanting for the death of Mike Pence.

Maloney talked to the New York Daily News about what it was like to be in the Capitol as conservatives and white nationalists attempted to violently force Congress to stop certifying the 2020 presidential election because their preferred candidate didn’t win.

At first Maloney said that the rioters were getting into the building and “we thought they would be inside the chamber at any moment.”

He heard tear gas canisters being used outside the chamber. “We were ready for a fight. I think it was only later that we realized how many of them there were.”

He said that he and four other Democrats were rolling up their sleeves to prepare for fisticuffs when police officers showed up to give the officials gas masks and lead them to safe rooms.

While they were on their way, Maloney said that he saw the rioters trying to smash the glass door to the Speaker’s Lobby, and that’s when he heard a gunshot. Police had just fired on Ashli Babbitt, the 35-year-old QAnon conspiracy theorist from San Diego who was killed by police as she climbed through a window.

Once Maloney got to the secure location, he was able to call his husband.

He said that he’s sure the rioters were planning to take hostages.

“I don’t know why you bring zip ties unless you plan to take hostages,” he said. “I don’t know that I’ve ever been as angry in my life.”

“It’s hard to imagine a more serious betrayal of the oath of office than to incite a violent attack on the Capitol to prevent the peaceful transfer of power,” he said on MSNBC yesterday, discussing Trump’s second impeachment.

“We are witnesses to what happened. We are the witnesses. We were there. We saw it ourselves.”

“And there’s right now only two sides to this debate: there’s the Constitution and there is the mob.”

This is a sad & historic day.

It's hard to imagine a more serious betrayal of the oath of office than to incite a violent attack on the Capitol.

I am proud of my colleagues for holding Donald Trump accountable & for standing up for what's right tonight. pic.twitter.com/58OGQA7QEY

The Trump crusade to purge America of infidels has started