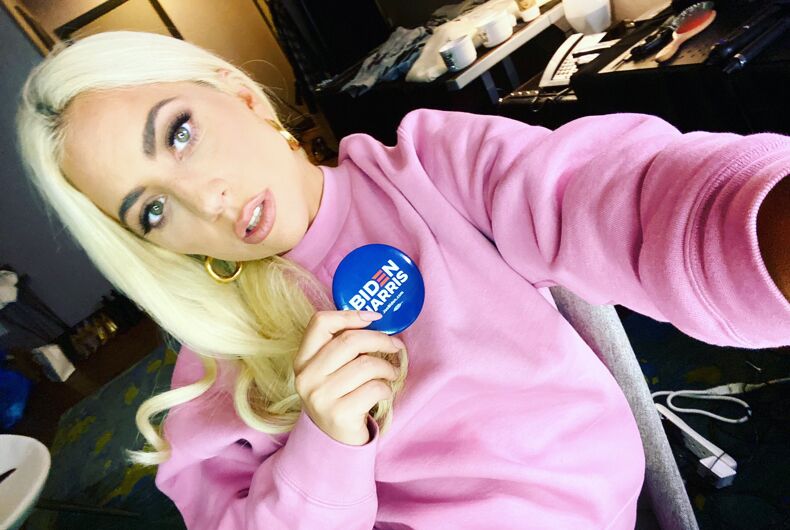 The Presidential Inaugural Committee just announced that Lady Gaga and Jennifer Lopez will perform at the swearing-in ceremonies for Joe Biden and Kamala Harris next week.

The pop divas will headline the event, with Gaga singing the national anthem.

Gaga supported Biden during the 2020 campaigns, encouraging her fans to vote for the former vice president.

Her support for Biden even got Donald Trump’s attention. The twice-impeached president tweeted that Gaga was “a proud member of ‘Artists Against Fracking.’ This is more proof that he would ban Fracking and skyrocket your energy prices…”

She got under his skin. “Now he’s got Lady Gaga,” Trump said at a rally just before the election.

J-Lo is the proud auntie of her non-binary nibling and has long been supportive of racial and LGBTQ equality. In 2013, she was presented with HRC’s Ally for Equality award and in 2014 GLAAD gave her the GLAAD Vanguard Award.

In 2016, she released “Love Makes the World Go Round” to benefit the victims of the Pulse nightclub shooting in Orlando.

Other musical performances that have been announced for the inauguration will be from Jon Bon Jovi, Demi Lovato, Justin Timberlake, and Ant Clemons.

National Youth Poet Laureate Amanda Gorman who will read a poem, and International Association of Firefighters Local 3920 in Fulton County, Georgia Andrea Hall will deliver the Pledge of Allegiance.

Spaces at the live celebration will be limited due to the coronavirus pandemic and the event will be largely virtual. Tom Hanks will host the televised broadcast of the inauguration, which is scheduled for 8:30 p.m. Eastern time on January 20, set to air on ABC, CBS, NBC, CNN, and MSNBC.