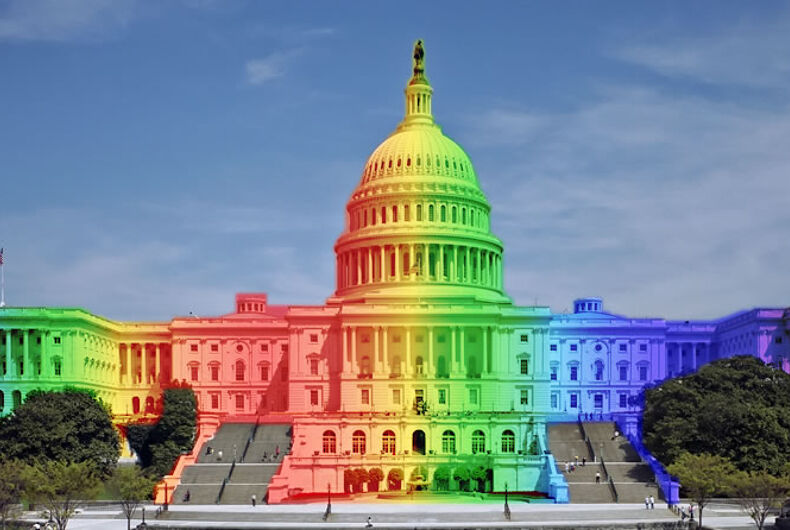 The LGBT Equality Caucus has nearly doubled its membership from last year, the group announced this week.

The congressional caucus is dedicated to LGBTQ issues and had seen its numbers dip after switching to a $400 annual dues-based membership last year.

The LGBT Equality Caucus starts the 115th Congress with 102 members, compared to just 53 last year. Dues-based congressional caucuses are not unusual. As the Washington Blade notes, the Congressional Progressive Caucus also has a dues requirement for members.

The caucus is co-chaired by the six openly LGBTQ members of Congress.

The Democratoc members are Reps. Jared Polis, David Cicilline, Sean Patrick Maloney, Mark Pocan, Kyrsten Sinema and Mark Takano. There are also two Republican members of the caucus: Reps. Ileana Ros-Lehtinen and Carlos Curbelo, both of whom are from Florida.

With concerns over a potential rollback of LGBTQ rights under a Trump administration, and a potential “religious freedom” executive order coming, the issue of equal rights is on the minds of many.

Sources claim Ivanka Trump and Jared Kushner helped stop those plans in their tracks, along with backlash following reports of the administration considering such an order.

Meanwhile, the First Amendment Defense Act (FADA) also threatens LGBTQ rights and is set to be entered into Congress.

President Trump has said he would sign it if passed and Attorney General Jeff Sessions recently defended it as well.

So the news of a large and healthy LGBT Equality Caucus comes as particularly good news.