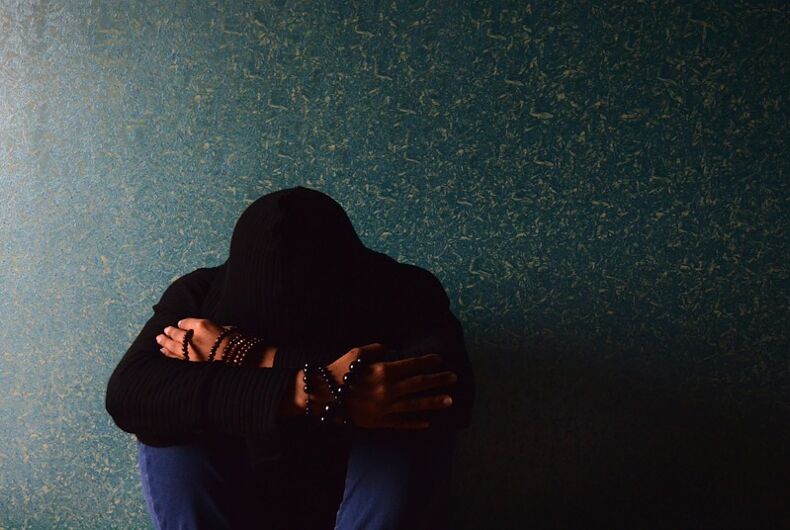 A major Christian charity in the UK is out with a new report taking churches to task for stigmatizing same-sex relationships to the point that it is driving many in the lesbian, gay and bisexual community to suffer from mental health issues, all too often resulting in suicide.

“It is widely acknowledged that the Church’s pastoral practice among LGB people has often been appalling; a scandal that we have swept under the carpet for too long,” Rev Steve Chalke MBE, founder of Oasis, said.

He said that the way churches and religious groups talk about same-sex relationships “causes anguish for far too many people who are lesbian, gay or bisexual.”

“It is no secret that the negative stance taken by the Church, and so many individual local churches, has a hugely distressing impact on large numbers of LGB people and leaves countless numbers of them living lives of forced secrecy and dishonesty,” he continued. “Tragically, it is also common knowledge that the resultant anguish and distress often leads to spiritual, mental and physical harm, and in the worst of cases to people making the desperate decision to take their own life. Too often however, these powerful testimonies are dismissed by those that don’t want to hear them – those who are not yet ready to face up to the scale of the damage that we collectively have unintentionally caused. My hope is that this report is the beginning of a sea change to this approach.”

A recent report from the House of Bishops restated the Church of England’s opposition to same-sex marriage, which will be discussed at the General Synod meeting next week, reports The Telegraph. The Oasis Foundation report was motivated in part by that announcement.

It concluded that local churches, which LGB people go to in order to receive guidance and community are among the “biggest…discriminators” of those individuals.

The charity is calling on the Church of England to fund more research into the issue of anti-LGBTQ discrimination and its affects and to give more money to mental health charities.

It also said that more progressive and affirming churches and church members must do more to “make their position heard” and help change the atmosphere of those spaces.

The report gathered data collected through studies and research conducted by the likes of Cambridge University, La Trobe University and ILGA Europe, among others.