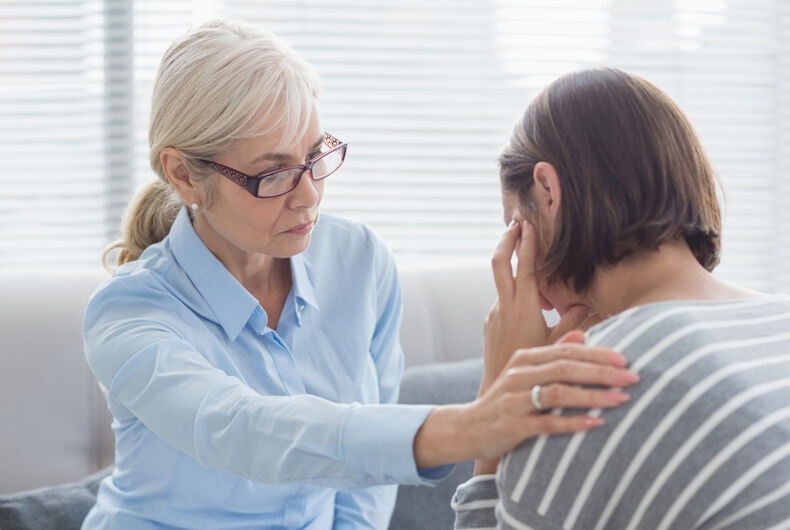 Out gay congressman, Representative Sean Patrick Maloney (D-NY), has introduced a bill to ban use of taxpayer dollars to fund “conversion therapy.” The Prohibition of Medicaid Funding for Conversion Therapy Act would prevent the use of Medicaid funding for the widely discredited practice and crack down on “misleading billing tactics” that allow it to continue.

“Conversion practices are discredited, harmful and not therapy,” said Maloney in a press release on the bill. “Fundamentally, conversion tactics are based on the idea that a person’s gender identity or sexual orientation are diseases to be cured — they have no legitimate medical application and should not be used anywhere.”

Maloney, the chair of the LGBT Equality Caucus, introduced the bill in advance of the Transgender Day of Visibility on March 31. The bill is cosponsored by 63 other members of Congress.

Widely discredited by organizations such as the American Psychiatric Association and the American College of Physicians, conversion therapy attempts to change the sexual orientation or gender identity of LGBTQ people using psychological or spiritual means. This can lead to depression, substance abuse, self-esteem issues and even suicidal behavior.

In many cases, too, the practice of conversion therapy can be extreme, including behavior modification practices, forced nudity and even electroshock therapy.

15 states, as well as Puerto Rico, the District of Columbia, and dozens of other cities in the U.S. have banned conversion therapy, but the practice is remains widely practiced.

“Until we can just ban conversion ‘therapy’ altogether, we must ensure taxpayer dollars aren’t funding a fraudulent practice that has been roundly discredited by the medical community,” said Maloney. “That’s exactly what my bill would do.”

CMS codes used to bill therapy don’t mention the type of therapy being used, allowing any number of practices — including conversion therapy — to be used and billed to Medicaid. The Prohibition of Medicaid Funding for Conversion Therapy Act would legally define conversion therapy, in part to ensure that legitimate LGBTQ-support organizations will not be at risk of losing their funding under the bill. It would then bar Medicaid from being used to pay for conversion therapy by using CMS codes for mental and behavioral health to cover the practice.

In addition to its co-sponsors, the bill is endorsed by The Gay & Lesbian Medical Association, Human Rights Campaign, National Center for Lesbian Rights, National Education Association, PFLAG National, The Trevor Project and several other organizations.

Commemorate the Trans Day of Visibility with these 5 excellent films