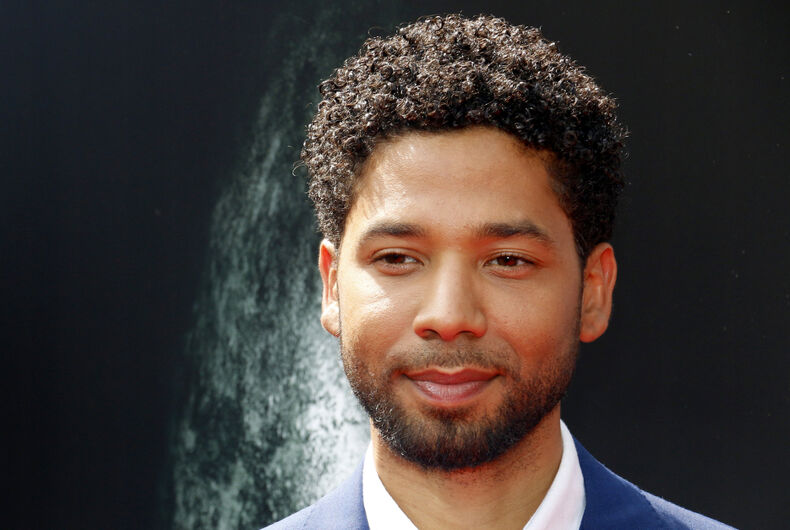 The Fraternal Order of Police (FOP), the union representing police in Chicago (and around the nation), is none too happy with the way the Jussie Smollett case played out. With the sudden dismissal of all the charges against Smollett, who had claimied he was assaulted by two presumed Trump supporters, the FOP did nothing to hide its anger. The union has called for a federal investigation into the dismissal and has engaged in heated attacks on Smollett and prosecutor Kim Foxx, who dismissed the charges.

“You have to remember that Mr. Smollett claimed that there was a letter, a threatening letter sent to him,” Kevin Graham, president of the FOP in Chicago, told Fox News. “And so that is under the jurisdiction of the federal government. And so certainly charges could be brought by federal authorities in this matter and we are hoping that that occurs.”

In short, the union wants Smollett prosecuted, and they don’t care by whom.

Some of the fury is directed at Foxx, whom the union feels is soft on crime. Foxx beat FOP-friendly prosecutor Anita Alvarez, who was widely criticized for foot dragging in the case of Laquan McDonald, a black teenager shot 16 times by Chicago police.

But the politics aren’t entirely local. FOP, along with the union representing border enforcement officers, is one of Trump’s few labor backers. The union endorsed Trump in 2016, on the grounds that he “understands and supports our priorities, and our members believe he will make America safe again.”

The implication that America has seen a huge spike in crime under the Obama administration is, in fact, false. Crime has been dropping like a brick and may be approaching an all-time low. Of course, to Trump and his supporters, we are living through an era of “American carnage.”

Given the FOP’s leanings, it’s no surprise that the union’s complaint about Smollett have received a sympathetic airing in the right-wing media, like Fox News, the Daily Caller and Breitbart News.

The FOP hasn’t been nearly as quick to call for an investigation into other problems, including discrimination against LGBTQ officers. There’s also the case of the Chicago police officer who was under investigation for viciously beating two people outside a gay bar last year.  The union has also shown itself antagonistic toward LGBTQ rights; in 2017 the Pittsburgh union complained about Pride stickers on patrol cars.

“We have a variety of taxpayers in the city of Pittsburgh with different viewpoints, which can create controversy if support for different events is shown,” local FOP president Robert Swartzwelder said.

Just to be clear, the union isn’t necessarily representative of the entire rank and file. Many officers have gone out of their way to correct past abuses and to forge positive relationships with local communities, including the LGBTQ community.

However, the union reps have the microphone, especially in this case. And it would be a mistake to think that all their motivation is simply in pursuit of justice.