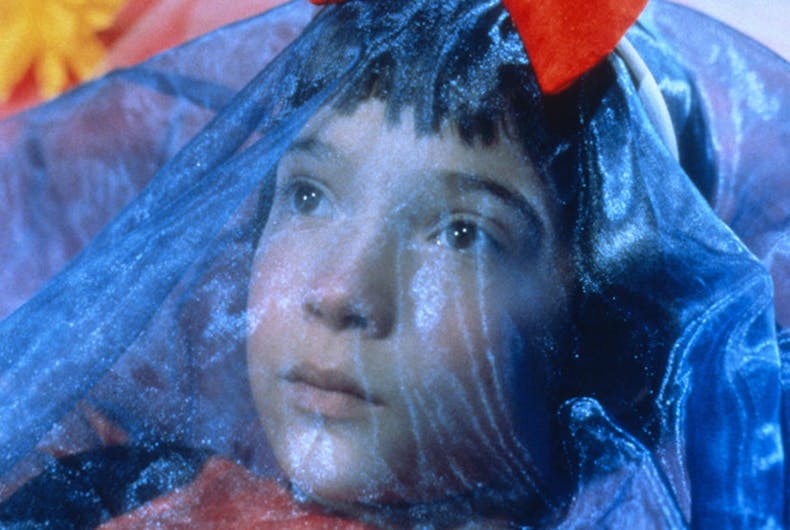 Today is the Trans Day of Visibility, a day to celebrate the courage of transgender and non-binary people who live open, authentic lives and to acknowledge the discrimination and violence they still face. While many U.S. cities hold events to mark the day, you can also observe it by grabbing some friends and watching these five excellent films with trans and non-binary characters.

Jennie Livingston’s groundbreaking 1990 documentary examines New York City’s black and Latino trans and queer communities as they serve serious fashion and face at late night ballroom competitions. The trans individuals in this film, like Venus Xtravaganza and Pepper LaBeija, left a lasting mark on our culture that still resounds to this very day.

In this 1997 French film (literally titled, My Life in Pink), a seven-year-old tells their parents that they are a girl. As the family struggles with their child’s announcement and the discrimination they face as a result, the young child uses their imagination to escape into a dream life with their Barbie-like doll. The film’s actors deliver really passionate, believable performances and the film maintains a brightness and humor despite its serious subject matter.

When they were in Catholic school, Paul used to defend Kim from bullies. But when the two meet unexpectedly during a car accident as adults, Paul doesn’t recognize Kim because she has transitioned. The two start to fall for each other, but Kim worries that Paul will react badly if she comes out to him. Their romance blossoms into a comedy that’s both sweet and rocky.

While this 1999 film is billed as a lesbian comedy, it features a butch and trans character in a clandestine love story. Maggie has recently moved out on her own and started a relationship with Kim. When Maggie’s mother and brother are forced to move in with her, they slowly realize that she’s a lesbian. Meanwhile, there’s a subplot involving Judy, a trans woman who has a crush on Frances, the owner of an LGBTQ bookstore where Maggie works.

While the title of this 2001 documentary refers to the Southern Comfort Conference — an annual transgender gathering in Atlanta, Georgia — it actually follows the final days of Robert Eads, a trans man who falls in love with a trans woman named Lola. Eads has ovarian cancer, and local doctors are unwilling to treat him because they fear it’ll hurt their reputations. Luckily, Eads has a great chosen family who help him live a life full of love. It’s a tearjerker to be sure, but well worth the watch.

Over 20,000 protestors showed up at a hate group’s international conference