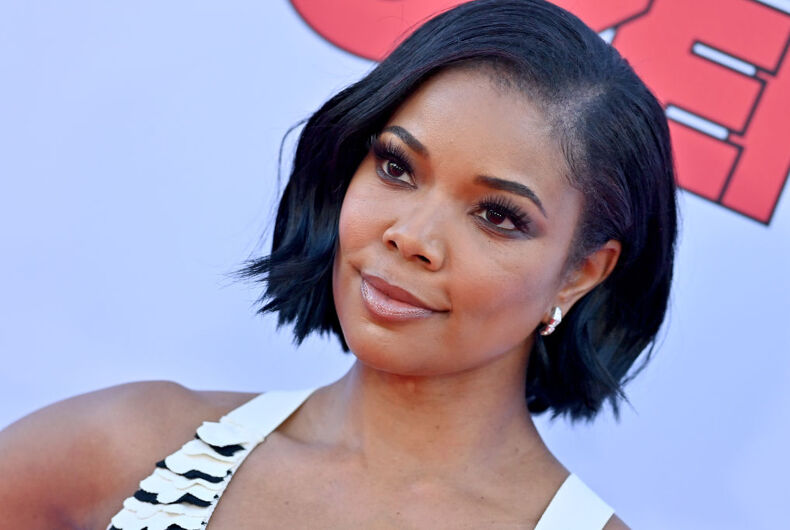 She didn’t hold back – even though she was walking the red carpet for her new Disney film, Cheaper by the Dozen. The film is about a family with ten children and devoted parents.

Florida’s “Don’t Say Gay” bill would stop teachers from mentioning LGBTQ people in elementary schools. The bill has passed the Florida legislature and is awaiting the Governor’s signature.

The controversy began when it was revealed that Disney had donated money to the bill’s main sponsors. In addition, Chapek initially refused to publicly condemn the measure. He wrote that “corporate statements do very little to change outcomes or minds” and “are often weaponized by one side or the other to further divide and inflame.” Instead, he highlighted the company’s commitment to telling diverse stories and told employees who were unhappy with his decision to go see a therapist.

Trying to do damage control, Disney said it would donate $5 million to the Human Rights Campaign (HRC) and other LGBTQ rights organizations. HRC rejected its donation and said Disney needed to take more direct action to combat the bill. Chapek eventually apologized to employees for not denouncing the bill.

Union and her husband, former basketball star Dwyane Wade, have a transgender daughter.

“I don’t want to say shock because hatred doesn’t shock me at this point. I’ve been a Black woman in America since ’72. Nothing shocks me, but the fear that gripped me because I know what this leads to,” Union said. “Every moment in history, there has been this moment. We know how this ends. We know where hate and oppression lead. And it can start now with the LGBTQIA community, but if you think that it’s just a them problem. Oh baby, you’re next.”

Then she spelled it out for any corporate flacks who still didn’t understand what she was saying.

“If you’re going to take a stand and be all about diversity and inclusion – and it’s not just about black boxes after George Floyd died – you need to actually put your money where your mouth is,” Union said.

“You can’t stand against hate and oppression and fund hate and oppression. That doesn’t work. Obviously, our family has a big spotlight. My child is one child. There are countless children who deserve peace and the ability to survive and thrive in this world, just like everybody else. And if you think that your kid isn’t next, you are so sadly mistaken.”

A school asked a hate group to review its non-discrimination policy. LGBTQ people are fighting back.