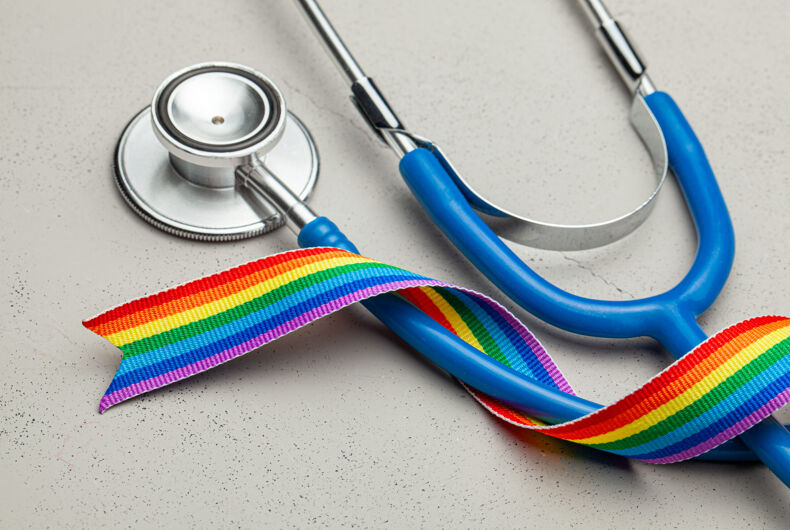 An Idaho bill seeking to criminalize gender-affirming care for trans youth has been killed by Republicans in the state Senate.

H.B. 675 had already passed the House and would have prevented all forms of gender-affirming care for trans youth, according to The Hill. Not only that, but it would have made it a felony to provide this care or even to help facilitate a child receiving this care in another state. Those who violated the rules could have faced life in prison.

A statement released on Tuesday from the Idaho Senate Majority Caucus did reiterate that the party “strongly opposes any and all gender reassignment and surgical manipulation of the natural sex of minors” but also admitted that the bill “undermines parental rights and allows the government to interfere in parents’ medical decision-making authority for their children.”

The Republicans also acknowledged that gender-affirming surgery, which the bill would have outlawed, is almost never performed on minors.

“The bill’s language in its current form could be interpreted to extend into the realm of medically necessary care for kids that is in no way related to transgender therapy,” the group added, “but serves children with highly specialized medical needs.”

“The bill worked to carve out this area of care, unfortunately it falls short by limiting it to verifiable genetic disorders. Since many of these acute medical conditions cannot always be verified as a genetic disorder or done so in a timely manner, the proposal has unintended consequences.”

Anti-trans bills continue to be considered across the country. In Alabama, for example, the House of Representatives is soon expected to take up a bill that ACLU attorney Chase Strangio called “catastrophic.” The Alabama Vulnerable Child Compassion and Protection Act would make gender-affirming care for minors a felony and would require teachers to out transgender students to their parents.