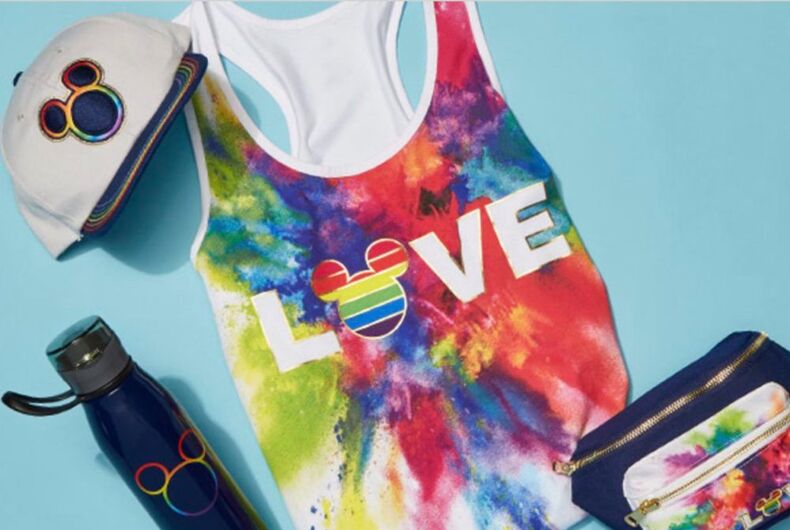 The Walt Disney Company has been under fire after it was revealed that it donated to the GOP sponsors of Florida’s “Don’t Say Gay” bill. The bill would prevent teachers from mentioning LGBTQ people in elementary schools.

Disney has refused to publicly condemn the measure, and internal emails from company leaders have made it clear they have no plans to do so. They’ve also made it clear that Disney employees are unhappy with the decision.

An email obtained by Popular Information from the president of Disney’s streaming division, Michael Paull, expressed personal solidarity with the LGBTQ community, but did not take any sort of stance for the company, instead telling employees to go to therapy to deal with the challenges the bill is bringing on them.

Paull said many employees reached out about how personal the “Don’t Say Gay” bill is to them and wrote, “I wanted to let you know I am listening, I hear you, and I stand with you…I made a personal donation to the Human Rights Campaign today.”

He went on to share upcoming diversity events at Disney as well as suggest employees take advantage of the “professionals you can talk to” through the company’s Employee Assistance Program.

After the outcry about Disney’s donations, a statement from the company did not mention the bill but rather focused on promising to produce more “inspiring content” instead, even though the money consumers would pay to watch the content could presumably flow back to GOP politicians who are attacking the LGBTQ community. The statement said creating that content is “the biggest impact we can have.”

All Disney staff also received a memo from CEO Bob Chapek on Monday, which doubled down on the company’s refusal to publicly condemn the “Don’t Say Gay” bill.

“I do not want anyone to mistake a lack of statement for a lack of support,” Chapek wrote. “We all share the same goal of a more tolerant, respectful world. Where we may differ is in the tactics to get there.”

Chapek expressed his belief that “corporate statements do very little to change outcomes or minds” and said “they are often weaponized by one side or the other to further divide and inflame.”

Similar to the public statement, Chapek emphasized that the best way to take a stand is through “the inspiring content we produce” because ” this struggle is much bigger than any one bill in any one state” and as such creating “diverse stories” is the best way to fight back.

But Disney has often shied away from LGBTQ representation in its offerings.

Disney movies have frequently touted the “first gay character” in their films and cartoons. Most roles have gone to straight actors and the characters are often deliberately ambiguous; male characters are made flamboyant and relationships are hinted at but never explored.

Still, LGBTQ representation is growing in Disney content, which Chapek argued was enough, touting the overall diversity of Disney entertainment.

”Encanto,’ “Black Panther,’ ‘Pose,’ ‘Reservation Dogs,’ ‘Coco,’ ‘Soul,’ ‘Modern Family,’ ‘Shang-Chi,’ ‘Summer of Soul,’ ‘Love, Victor.’ These and all of our diverse stories are our corporate statements—and they are more powerful than any tweet or lobbying effort,” Chapek claimed.

Employees disagree and have been urging the company to speak out under the hashtag #DisneySayGay.

Disney animation writer Benjamin Siemon posted a video about a teacher who helped him realize there was nothing wrong with being gay.

“It made a huge impact on my life,” he said, adding that if the “Don’t Say Gay” bill had been reality during his childhood, “I would have been left alone and scared.”

“I love working for Disney…They’re starting to include more LGBT characters that let kids know that being gay is alright, but when they have donated to the sponsors and co-sponsors of the ‘Don’t Say Gay’ bill and they have made no position against this bill and they are going to continue donating to these politicians, they are essentially saying that this bill is ok.”

He emphasized the pain the bill will cause kids and urged Disney to take a public stand against it and also to stop donating to its sponsors and co-sponsors.

I am a LGBT animation writer at Disney and this is why I want the company I love to take a stand against the "Don't Say Gay" bill. #DisneySayGay #DisneyDoBetter pic.twitter.com/n8g0kgTkKf

Voice actor Brock Powell added that it “Breaks me in pieces that a company that literally pays me to speak is paying to keep me silent by funding puritanical Anti-LGBTQIA+ politicians.”

Never been quiet about my love of Disney over the years but being loud about my own identity as a queer human took YEARS. Breaks me in pieces that a company that literally pays me to speak is paying to keep me silent by funding puritanical Anti-LGBTQIA+ politicians #DisneySayGay

Actor Lilan Bowden also expressed solidarity with Siemon, saying, “I LOVED being a part of a Disney Channel show known for featuring gay characters AND storylines! The “Don’t Say Gay” bill will be DETRIMENTAL to LGBTQIA+ kids…hoping the company or more ppl in the company take action against this hateful bill.”

I LOVED being a part of a Disney Channel show known for featuring gay characters AND storylines! The “Don’t Say Gay” bill will be DETRIMENTAL to LGBTQIA+ kids. I’m with @benjaminJS, hoping the company or more ppl in the company take action against this hateful bill. #DisneySayGay https://t.co/jMYdWjniw8

J.K. Rowling continues her crusade against transgender women with attack on Scottish minister