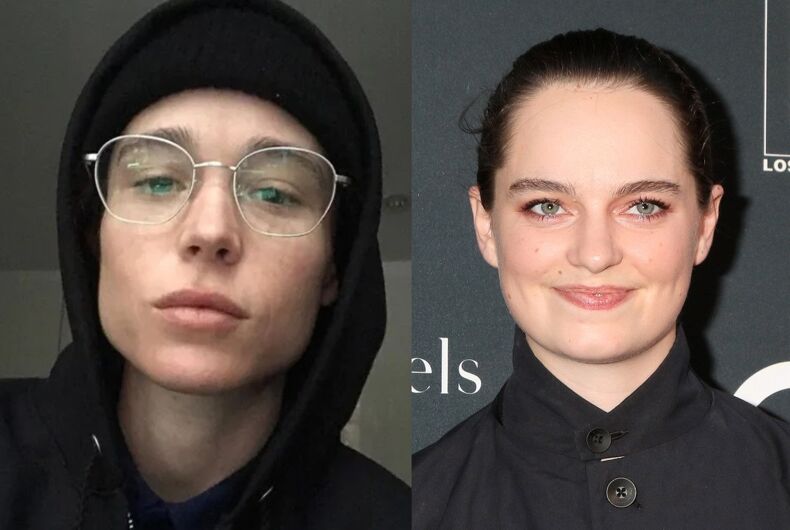 TMZ reports that Page filed paperwork in Manhattan to end the three-year marriage, shortly after Page announced his transition.

In 2017, Page announced that he was marrying Portner in an Instagram post that said, “Can’t believe I get to call this extraordinary woman my wife.” The two later got married in January 2018.

The Oscar-nominated star of Juno and the current star of the series The Umbrella Academy came out as transgender in December of last year.

“I want to share with you that I am trans, my pronouns are he/they and my name is Elliot,” he wrote in a statement posted on Twitter. “I feel lucky to be writing this. To be here. To have arrived at this place in my life.”

In a separate post, Portner said that she was proud of her husband.

“I am so proud of @elliotpage,” she wrote. “Trans, queer and non-binary people are a gift to this world. I also ask for patience & privacy but that you join me in the fervent support of trans life every single day. Elliot’s existence is a gift in and of itself. Shine on sweet E. Love you so much.”

But earlier today Page filed paperwork in the Manhattan Supreme Court for a contested divorce.

Page shot to stardom with the hit 2007 film Juno, for which he got an Oscar nomination. He also appeared in two X-Men films and the 2010 science fiction film Inception.

“I feel overwhelming gratitude for the incredible people who have supported me along this journey,” Page wrote in his coming out statement, acknowledging “how much privilege I carry.”

The Resistance hasn’t won yet. The war isn’t over.