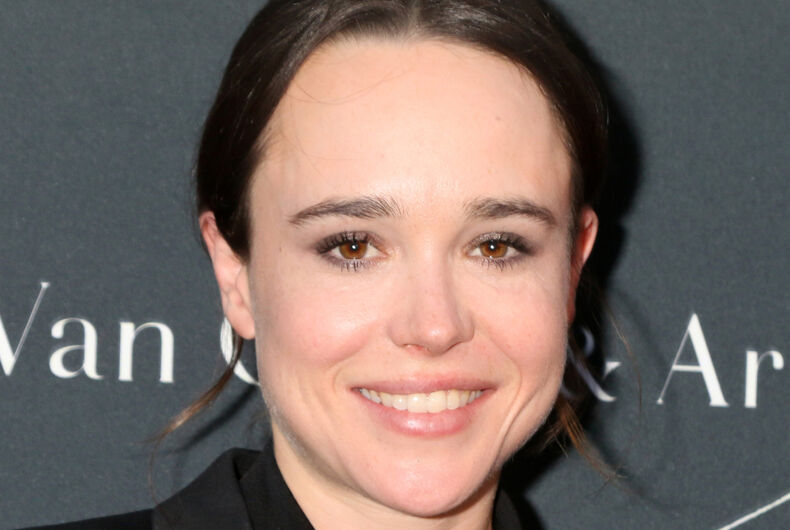 Actor Elliot Page just announced on Twitter that he is transgender, making him one of the most famous transgender men in the country.

“I want to share with you that I am trans, my pronouns are he/they and my name is Elliot,” he wrote in a prepared statement. “I feel lucky to be writing this. To be here. To have arrived at this place in my life.”

Page shot to stardom with the hit 2007 film Juno, for which he got an Oscar nomination. He also appeared in two X-Men films and then starred in the critically acclaimed Netflix series The Umbrella Academy as Vanya Hargreeves, a violinist with a destructive power to control sound waves.

“I feel overwhelming gratitude for the incredible people who have supported me along this journey,” Page wrote in his statement, acknowledging “how much privilege I carry.”

He said that he loves being trans and queer and that his “joy is real, but it is also fragile.” He’s “scared of the invasiveness, the hate, the ‘jokes,’ and of violence.”

He also had a message for the politicians and media figures who attack transgender rights.

“To the political leaders who work to criminalize trans health care and deny our right to exist and to all of those with a massive platform who continue to spew hostility towards the trans community: you have blood on your hands,” Page wrote. “You unleash a fury of vile and demeaning rage that lands on the shoulders of the trans community, a community in which 40% of trans adults report attempting suicide.”

“Enough is enough. You aren’t being ‘cancelled,’ you are hurting people. I am one of those people and we won’t be silent in the face of your attacks.”

He has already updated the name on his Twitter account and his Wikipedia page has been updated as well with the correct name.