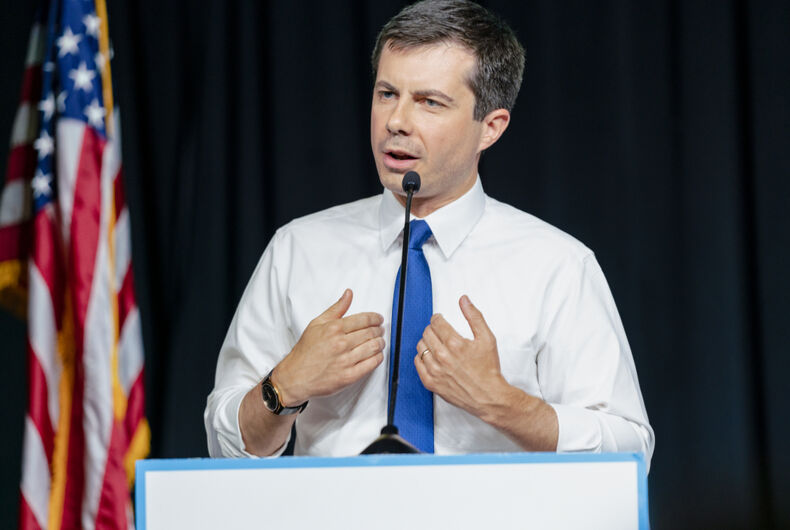 Now Axios is reporting that Buttigieg is being considered as ambassador to China, a move that would give the young politico some foreign policy and diplomatic experience. Buttigieg is expected to make another bid for the presidency in the future.

Related: Roughly half of Americans think Christian nationalism is a rising threat to freedom

With relations between the United States and China strained following the Trump presidency, the country is one of America’s largest trading partners and a formidable force on the world stage.

While Buttigieg has served as mayor of a small Indiana town, giving him managerial and executive skills, negotiating and implementing strategic policies would provide needed diplomatic and foreign policy experience for the presidential hopeful.

Buttigieg reportedly wanted the position of ambassador to the United Nations, but was passed over for Linda Thomas-Greenfield, a Black woman with years of experience in diplomatic posts. He was also rumored to be chosen as the Secretary of Housing and Urban Development (HUD), but that position will go to Congresswoman Marcia Fudge (D-OH). Fudge would be the second Black woman to lead the department.

While several have suggested a home for Buttigieg as the head of Veterans Affairs, a Cabinet-level position, it wouldn’t be a good career move for the presidential aspirant. The department is criticized under every administration for failing to serve former members of the armed forces adequately. The department’s chronic underfunding makes anyone running the department a lightning rod for criticism.

The position of Ambassador to China normally goes to an experienced politician nearing the end of their career, as a way of showing respect to the Chinese government. Buttigieg’s appointment would flip that tradition on its head, giving China the ability to meet and work with a potential future world leader. The last time this happened, former President Gerald Ford appointed George H.W. Bush to the U.S. liaison office in 1974, but Bush was 50 years old at the time. Buttigieg is 39.

Bush went on to win the White House in 1988 after serving two terms as vice president. Both Bush and Buttigieg served in the armed forces as well.

Buttigieg would also be an out official in a country where homosexuality is still considered “abnormal” by the government, LGBTQ themes in media are censored, and LGBTQ groups that even mention “gay” in their mission are banned.