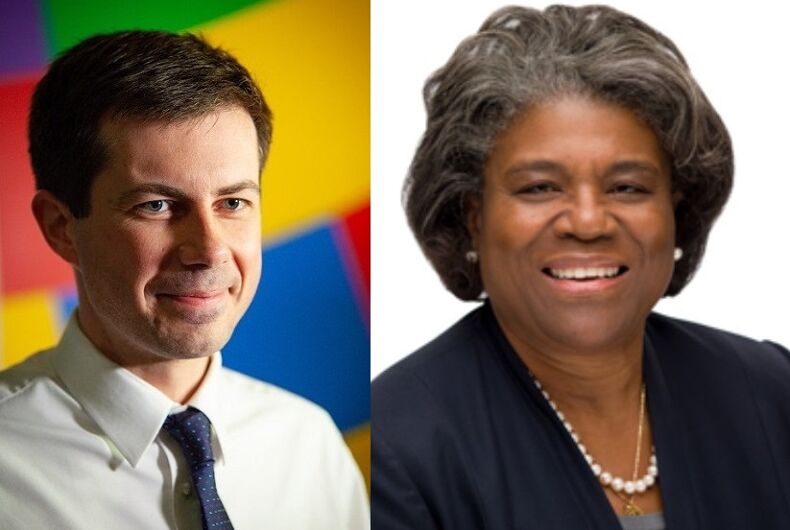 Former South Bend, Indiana Mayor Pete Buttigieg will be not named U.S. Ambassador to the U.N. as several sources close to the campaign said that a veteran diplomat has gotten the position.

Joe Biden is expected to name several experienced diplomats to key foreign policy positions in his administration, according to sources who talked to the New York Times and Axios.

Related: Pete Buttigieg is an undercover CIA agent according to a new conspiracy theory

Thomas-Greenfield has 35 years of experience in the Foreign Service and also served as Assistant Secretary of State for African Affairs under Barack Obama.

Biden is also expected to restore Cabinet-level status to the ambassadorship. George H.W. Bush, George W. Bush, and Donald Trump all downgraded the position and removed it from the Cabinet, and Bill Clinton and Barack Obama both restored it to a Cabinet-level position.

Buttigieg, who ran for president in the Democratic primary this year and is the first out LGBTQ person to win state delegates in a primary, is expected to get a position in the upcoming Biden administration and was vying for the role of U.S. Ambassador to the U.N., according to D.C. rumors.

But the former mayor, who deployed to Afghanistan with the U.S. Navy Reserve in 2014, is reportedly being considered for Secretary of Veterans Affairs, which would make him the first out executive secretary and the first out LGBTQ member of the U.S. Cabinet in the presidential line of succession.

“I don’t think I’ve ever done this before, but he reminds me of my son Beau…. It’s the highest compliment I could give any man or woman,” Biden said of Mayor Pete earlier this year, referring to Beau Biden, his son who died of brain cancer in 2015.

And in the month leading up to the election, Buttigieg proved to be one of the Biden/Harris campaign’s best surrogates, going viral with his no-nonsense responses to Republican talking points in appearances on Fox News.

A Politico report from last week on potential members of the Biden administration also mentioned Buttigieg as a top contender for Veterans Affairs, which it said is a “low-reward, high-risk job with bureaucratic scandals ensnaring several of the post’s most recent occupants.” Both he and former U.S. Rep. Jason Kander (D-MO) are being considered for the position, in part because neither would leave a U.S. Senate seat open and neither has many prospects in statewide office in their conservative home states.

Buttigieg was asked last week just before the election about the possibility of a spot in the Biden administration.