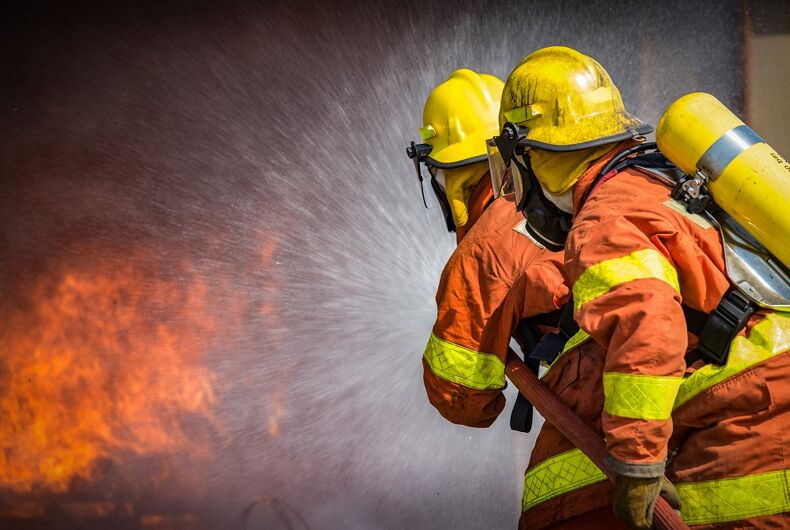 A lesbian firefighter is suing her former employer, saying that she was sexually harassed on the job because she’s gay and then terminated in retaliation for reporting the sexual harassment.

Kira Castellon says in her suit that she joined Arbor Hose Company 1 in New Jersey in 2015 and was the only female firefighter there. She said that she was out at work as well.

Related: Remorseless killer shot a gay firefighter who flirted with him because he felt “uncomfortable”

In September 2016, after she got a promotion, she said that a male coworker harassed her, kissed her, and groped her “on an almost daily basis” until January 2019.

The lawsuit says that the coworker “thrust his pelvis into [her] from all directions as his way of saying hello and goodbye.”

“I’ll make you straight again,” Castellon says the male coworker once told her.

Castellon reported the harassment but said that the fire department did nothing.

Pete Buttigieg rumored to be nominated as next ambassador to China