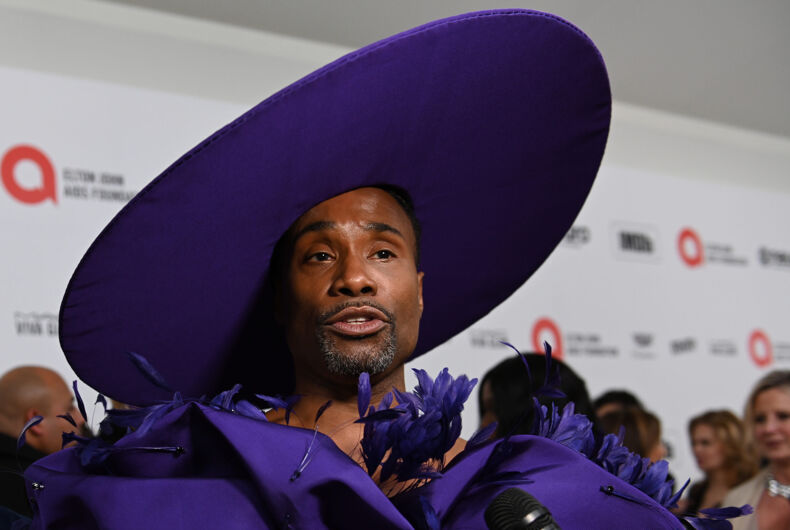 Alongside annual co-host Ryan Seacrest and fellow guest co-host Lucy Hale, Porter will send 2020 off and welcome 2021 in from Times Square in New York City. Ciara will host the Los Angeles wing of the show for the second year in a row.

“2020 has been a trying year for the world and I’m thrilled to have Billy and Lucy join me in ushering in a new year with fresh beginnings,” said Seacrest in a statement to the Associated Press. “We look forward to making sure it’s a night for everyone to remember.”

While the show is still expected to be broadcast live, the area around the set will be “closed to the public” due to coronavirus pandemic concerns.

It’s the bookend on a year where Porter — an Emmy, Grammy, and Tony Award-winning entertainer — made appearance all across entertainment media. He delivered an “LGBTQ State of the Union Address” in response to Donald Trump’s 2020 address in February; recorded an episode of Sesame Street that will air in the show’s 51st season next year, but has already earned outrage from the religious right; and performed virtually at the 2020 Democratic National Convention.

He is also starring in Pose for its third season, which will begin airing in 2021.

Last year, Porter appeared on the show live from New Orleans. He wrote on Instagram that he is “excited” to have co-hosting duties this year.

This is Seacrest’s 16th year hosting Dick Clark’s New Year’s Rockin’ Eve, and his second consecutively with Hale, an actress of Pretty Little Liars fame. Hale took over for Jenny McCarthy, who co-hosted the show with Seacrest for ten years prior to not taking part in 2019 going into 2020.

“The telecast promises to bring out some major star power in the form of musical performances from the ‘crossroads of the world’ and across the country,” Good Morning America reports, adding that more artists and other guests “will be revealed in the coming weeks.”