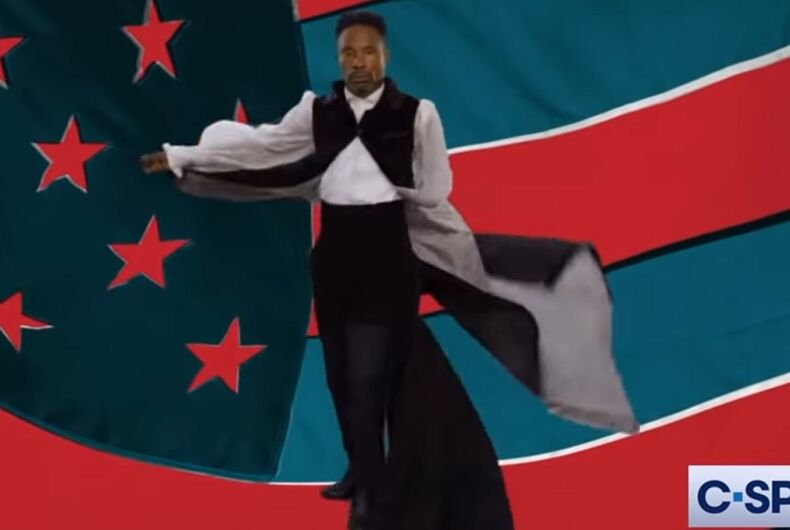 Obama attacked Donald Trump during her speech, saying that he’s “clearly in over his head.”

“So let me be as honest and clear as I possibly can: Donald Trump is the wrong president for our country,” she said. “He has had more than enough time to prove that he can do the job, but he is clearly in over his head. He cannot meet this moment. He simply cannot be who we need him to be for us.”

That line had Democrats on Twitter reeling because it was what Trump himself said earlier this month about the high mortality rate in the U.S. from the coronavirus pandemic.

When Michelle Obama looked at all of us and said of Trump's failed presidency, "It is what it is," I began clapping and shouting. I was reinvigorated. Thank you, @MichelleObama

“It is what it is”=That’s What trump Said About 175 Thousand Americans Who Died,Because Of His Lack Of Interest.A Young Girl Spoke Of Her Father Who Died,Because trump Wanted Businesses Open Before It Was Safe. How Many Innocent Ppl DIED BECAUSE trump COULD CARE LESS ABOUT🇺🇸PPL

Tonight’s speech by @MichelleObama was everything. “It is what it is”. Drop the mic. And now register and vote. https://t.co/FxtK6jNj98

“Every day the importance of this fall’s election grows and grows, and every day, unfortunately, we see increasing evidence that this administration is mounting a full-out assault on every pillar of our democracy, including the integrity of our elections,” Lightfoot said. “This is real, folks. It’s not an exaggeration. It’s not a conspiracy theory.”

She said that the coronavirus pandemic has made voting by mail more important than ever and that the Trump administration’s attacks on the Postal Service are an “assault” on “election integrity.”

“What we need to do in the face of this pandemic is to make sure that Americans understand that it is safe to vote, not dangerous,” Lightfoot said. “They are drumming up a climate of anxiety that is driven by their desperation to hold on to power. You can see the Senate majority eroding and the Oval Office is slipping from their grasp. Their current efforts reflect their desperation and their fear.”

The first part of the round table is below.

Major speeches from well-known Democrats including Obama, Sen. Amy Klobuchar (D-MN), and Sen. Bernie Sanders (I-VT) were given in the evening last night, which was the day before the 100th anniversary of the ratification of the 19th Amendment, which extended the right to vote to women.

To close the first day of the convention, out actor Billy Porter of Pose fame performed the anti-war song “For What It’s Worth” by Buffalo Springfield with the group’s guitarist Stephen Stills.

Television channels had already cut away from the Convention by the time Porter performed, but people shared the one-of-a-kind video online and loved it.

Billy Porter’s public access tv performance of “For What It’s Worth” was by far the highlight of the first night of the DNC. Amazing. pic.twitter.com/VSkO3BgU5V

Billy Porter can do whatever the hell he wants. https://t.co/0Bnw0O0Ebg

@MSNBC WHY DID YOU JUST LET BRIAN WILLIAMS TALK OVER BILLY PORTER?

Ending the #DNC2020 with #MichelleObama and #BillyPorter was gold.

After Barack Obama, birthers set their sights on Kamala Harris