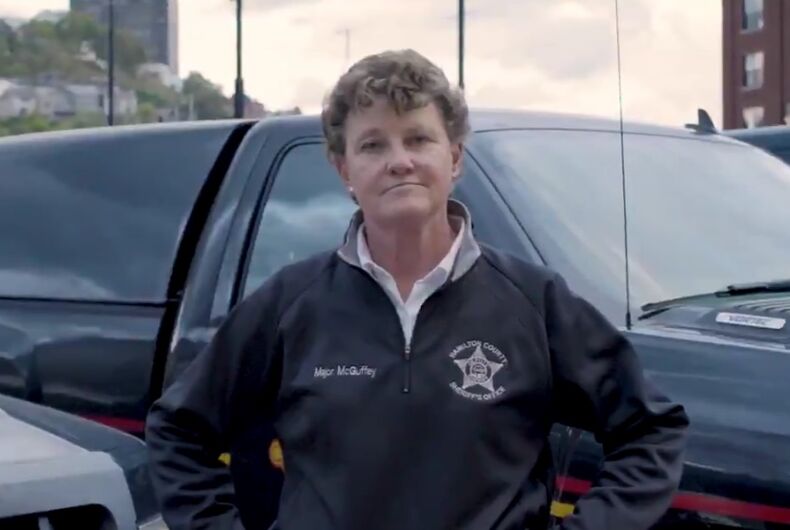 Hundreds of LGBTQ candidates are on the ballot in races across the country. Not only could these candidates bring about another rainbow wave on November 3rd, but many are also poised to become the first out politicians to hold their respective offices.

LGBTQ Nation has spent months speaking with these history-making candidates. On Election Day, here are eight notable races to keep your eye on.

In June, Torres made headlines for his landslide primary victory against his notoriously anti-LGBTQ opponent, Ruben Diaz Sr. Running in the South Bronx in the most Democratic district in the country, Torres is more or less guaranteed to win.

Jones, too, has gained attention across the United States for his progressive platform and the historic nature of his campaign.

“I think I am uniquely situated to galvanize communities that have historically been shut out of the political process,” he told LGBTQ Nation last November, “and leverage that to apply pressure on Republicans in Congress who are not speaking to the views of most Americans, who are being allowed to get by because so many people are disillusioned with our politics that they’re not paying attention to what’s going on and they’re not holding their representatives accountable.”

Sarah McBride is on her way to becoming one of the first out transgender state senators in the country—and the first out LGBTQ person in the Delaware State Legislature.

“Time and time again, I’ve had the opportunity to see there is space for people of all different backgrounds, including trans people, in our politics,” she told LGBTQ Nation in February.

“Growing up, it seemed like there was no place for someone like me. And there were certainly no examples of someone like me participating publicly, let alone having a seat at the table in a leadership capacity. Piece by piece, I was able to see just how wrong that understandable fear was.”

Lesbian Charmaine McGuffey was fired from the Hamilton County, Ohio sheriff’s office over her sexuality. A natural fighter, she refused to stand for it. McGuffey ran for Sheriff in the Democratic primary against the man that fired her—and won. Now, she is on her way to being Hamilton County’s first woman and first out sheriff.

McGuffey hopes to bring much-needed progressive change to the role in regards to both justice reform and police accountability.

“Georgia needs desperately a progressive voice that is theologically trained who can speak directly to those issues,” she told LGBTQ Nation in March, “and talk about the ways there’s A) a separation between church and state that we need to respect and also B)… our Christian theology is bigger and broader than what they’ve been bringing to the floor.”

Democrat Gina Ortiz Jones, an Air Force and Iraq War veteran, is fighting to become the first out LGBTQ congressperson from Texas.

Jones is a first-generation American. She grew up in subsidized housing with a reliance on reduced lunch programs. In April, she told LGBTQ Nation that these programs were a critical investment in her future. As such, she will continue to fight hard for programs that protect vulnerable communities

In a close race, Jessica Katzenmeyer is working to become the first transgender member of the Wisconsin State Assembly.

“It’d be such an honor,” she recently told LGBTQ Nation. “It really will be. But my campaign is focused on me being the better choice here than my opponent, [incumbent Republican Joe Sanfelippo].”

Katzenmeyer’s priority is accessible and affordable healthcare for all, including mental healthcare. Currently a rideshare driver, she told LGBTQ Nation that being an “average person” helps her connect with her constituents:

In one of the most significant state races in Texas, lesbian Anne Johnson is fighting to help flip the Texas House blue.

Running against Republican incumbent Sarah Davis, Johnson told LGBTQ Nation in September that she is tired of the hold Republicans have had on her home state:

A former human trafficking prosecutor, Johnson helped create a national legal framework for protecting child victims of sexual exploitation. She has built up a reputation as a fighter and is known for arguing a historic case before nine Republican Texas Supreme Court judges—and winning.