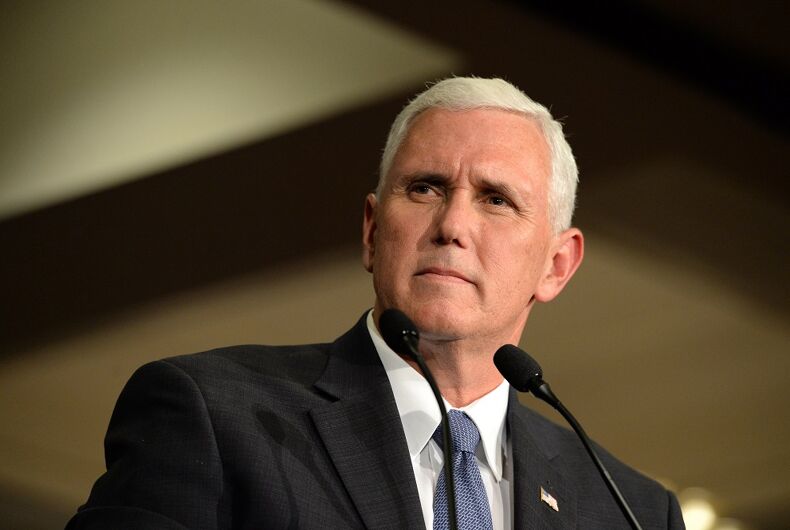 Related: Humiliated Mike Pence falls down trying to prove he can run up a ramp

Pence, who reportedly won’t be alone in a room with a woman who isn’t his wife and refuses to attend events where alcohol is served without her, is not expected to fare well against Harris, a former prosecutor.

During a joint interview with presidential candidate Joe Biden, Harris was asked about Pence’s comment that he looked forward to the debate. The look Harris gave as she responded is the same look Democrats have been wearing since she was nominated.

“He says he’s looking forward to seeing you on the debate stage more than anyone could imagine,” ABC reporter David Muir told Harris.

“Oh, good,” she replied, looking like the cat that caught the canary. “Me too.”

Pence is a big fan of Walker’s due to the former governor’s anti-gay credentials. To circumvent the Supreme Court, Walker called for a constitutional amendment allowing individual states to ban marriage equality. (The Supreme Court ruling itself was “a grave mistake,” according to Walker.)

Then there was the dogwhistle reference to pedophilia when the Boy Scouts decided to allow gay leaders. Banning gay leaders “protected children,” Scott argued.

The debate will be held on October 7 at the University of Utah.

I would be terrified if I was Mike Pence. pic.twitter.com/D4evPR6Ixb