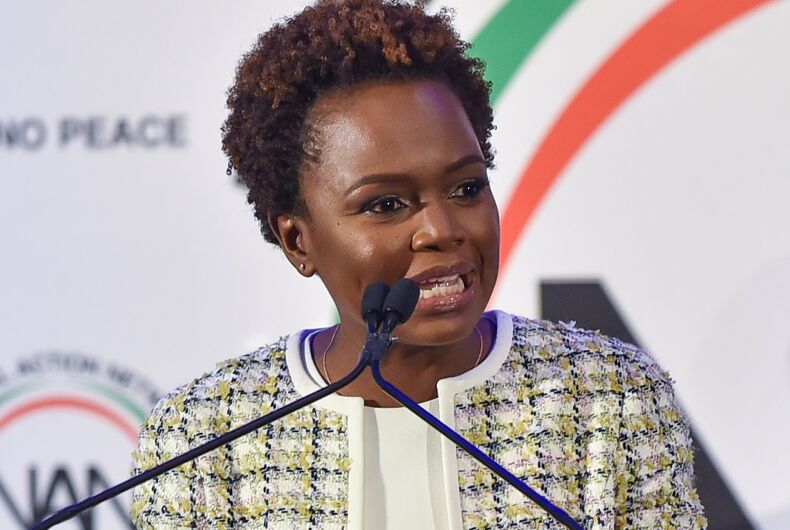 Former Vice President Joe Biden’s campaign has assigned an out woman to be chief of staff to his running mate, putting a lesbian in one of the campaign’s most senior positions.

Related: Sen. Kamala Harris calls out the ‘trope’ that black people ‘are homophobic’

Jean-Pierre confirmed the appointment on Twitter, calling herself “ambitious,” a reference to how the term is often negatively applied to women with careers in politics but not to men in the same way.