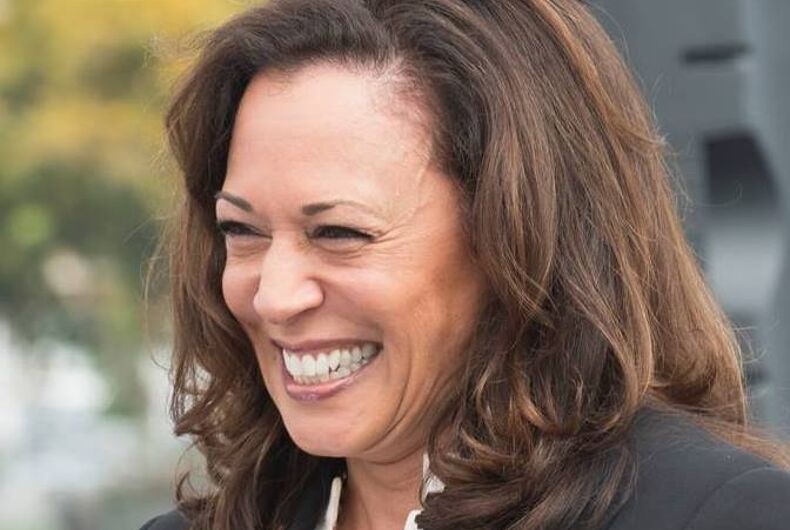 Harris was on CNN’s The Situation Room where she was asked about comments made by Rep. James Clyburn (D-SC) about South Carolina primary voters and South Bend Mayor Pete Buttigieg (D).

Earlier this week, Clyburn, who is black, was asked whether he believes that black people in South Carolina might reject Buttigieg as a candidate because of his sexuality.

“There’s no question about that,” Clyburn said. “I’m not going to sit here and tell you otherwise. I think everybody knows that’s an issue.”

“I know of a lot of people my age that feel that way,” Clyburn, 79, said. He brought up how his 25-year-old grandson is a Buttigieg supporter.

When asked about Clyburn’s comments, Harris said on CNN, “I am never going to buy into that trope, and I think it’s a trope that has evolved among some Democrats to suggest that African-Americans are homophobic.”

“The reality is that, sadly and unfortunately in all communities, bias occurs, and in particular homophobia and transphobia,” she explained. “But to label one community in particular as being burdened by this bias as compared to others is misinformed, it’s misdirected and it’s just simply wrong.”

She also brought up intersectionality: “When you talk about the African American community, it is not a monolith. It includes gay, transgender, LGBTQ people within that community who are loved by their community, loved by their family, like every community.”

Last month, a report about internal focus groups conducted by the Buttigieg campaign said that his sexuality was a significant “barrier” for black voters in South Carolina, with participants making comments about how they “don’t like the fact that he threw out there that he lives with his husband.”

Both Iowa and South Carolina are early primary states, and Buttigieg is polling much better in Iowa — where the Democratic base is whiter — than in South Carolina. A September poll found that Buttigieg had the support of 1% of black registered voters, much lower than his 7.1% national average among all voters, according to RealClearPolitics.

But Buttigieg has also had problems reaching out to African-American voters due to his record, which includes his handling of a police shooting of a black man in South Bend.

That said, Buttigieg will certainly face an uphill battle at the polls due to homophobia. LGBTQ people remain severely under-represented in elected office and numerous polls have shown that voters are hesitant to vote for a gay person.