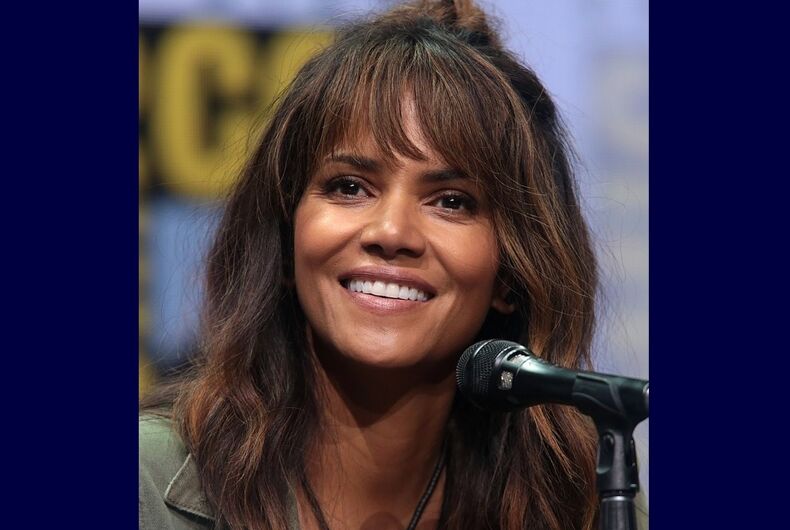 Actor Halle Berry said over the weekend that she will “probably” play a transgender man in an upcoming film, misgendering the person the film is based on.

Yesterday, she apologized and said that she “should not have considered this role” because she is a cisgender woman.

Related: Should cis actors like Scarlett Johansson be allowed to play trans roles?

Berry – who was the first Black woman to win the Oscar for Best Actress in 2001 for her work on Monster’s Ball – said in an Instagram Live this weekend that she is considering playing a transgender man in an upcoming film.

She said the movie will be about “a character where the woman is a trans character, so she’s a woman that transitioned into a man. She’s a character in a project I love that I might be doing.”

“I want to experience that world, understand that world. I want to deep dive in that in the way I did Bruised,” Berry continued. “Who this woman was is so interesting to me, and that will probably be my next project, and that will require me cutting all of my hair off.”

“That’s what I want to experience and understand and study and explore. It’s really important to me to tell stories, and that’s a woman, that’s a female story – it changes to a man, but I want to understand the why and how of that. I want to get into it.”

Fans noticed her misgendering of the trans man the movie is based on – with Berry using “she” pronouns, calling him a “woman” multiple times, and saying that his story is “female.”

The Twitter account for the Netflix documentary Disclosure – about transgender representation in the media – asked Berry to educate herself about “how cis actors like yourself acting in trans roles has major cultural consequences offscreen.”

Hi @halleberry, we heard you're considering playing a trans man in your next project. We ask that you please watch @Disclosure_Doc on @netflix first to understand how cis actors like yourself acting in trans roles has major cultural consequences offscreen. #DisclosureNetflix

“As a cisgender woman, I now understand that I should not have considered this role, and that the transgender community should undeniably have the opportunity to tell their own stories,” she said in a tweet.

She thanked her fans “for the guidance and critical conversation over the past few days” when discussing her possible portrayal of a transgender man.

“I will continue to listen, educate, and learn from this mistake,” she concluded. “I vow to be an ally in using my voice to promote better representation on-screen, both in front of and behind the camera.”

In 2018, actor Scarlett Johansson caused a stir when she was cast in the role of a transgender man.

When asked about the criticism, she said, “Tell [trans people who disagreed with her] they can be directed to Jeffrey Tambor, Jared Leto, and Felicity Huffman’s reps for comment,” referring to three cisgender actors who won or who were nominated for big awards for playing transgender characters.

She later pulled out from the film.