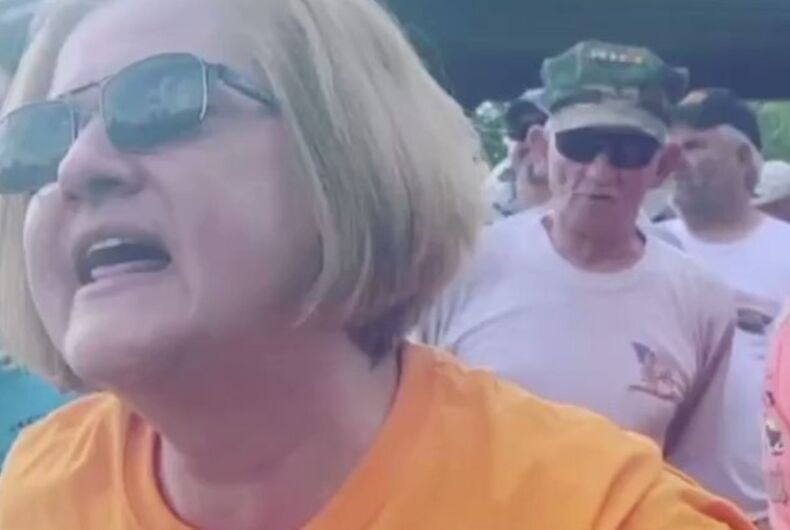 Sonya Holt, an eastern Tennessee woman with a penchant for disgusting language and far-right politics, is also intimately acquainted with blatant racism and anti-gay insults.

The woman was filmed screaming racist and anti-gay obscenities at Black Lives Matter protestors. She was surrounded by other members of a far-right group, some of whom carried Confederate flags.

Holt stood on the sidelines with the group who according to local news was there to advocate for “for law enforcement, protection of statues, and community support.” The FOX affiliate is owned by Sinclair Broadcast Group, a conglomeration of media outlets controlled by the uber-rich conservative family of company founder Julian Sinclair Smith.

In multiple videos, Holt is shown screaming invectives and relatedly hollering, “White lives matter!” At one point she calls a Black woman filming her “a poor little black girl who’s got a messed up mind.”

But the blonde saved her most venomous barbs for another man, taunting him to walk into the area where the white supremacists were gathered.

@karensgonewild_ Meet Sonya Holt, the East Tennessee Karen, the most inbred of the Karens! Video from the Elizabethton BLM protest yesterday. pic.twitter.com/ZuapcaHL94