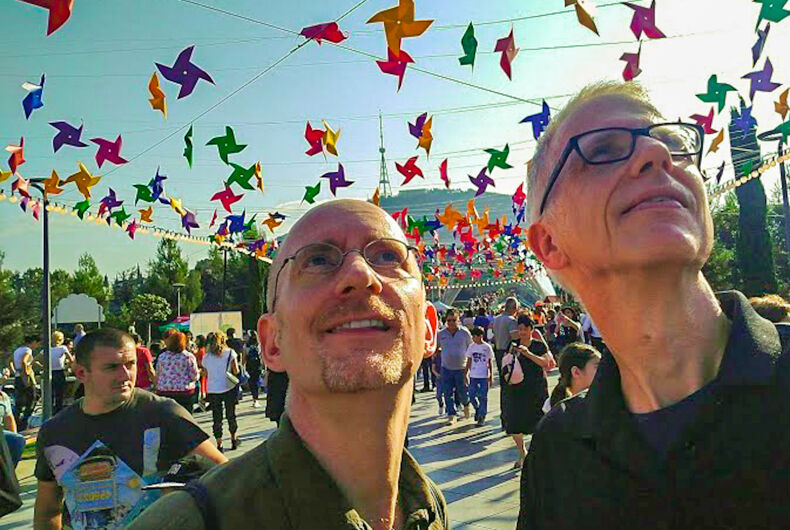 When we told our friends and family that we were starting off our third year of being digital nomads by moving to Mexico City, the reaction was less than positive.

“Are you crazy?” asked one friend. “Have you read how bad the violence is there?”

“Aren’t you worried about being kidnapped?” asked another.

And don’t even get us started on worries about drinking the water and eating the food.

As Americans, we’re told a lot of scary things about the world. That it’s dirty and smelly, that hordes of pickpockets are waiting to descend on you and people hate Americans.

To be fair, when we first left the U.S. in 2017 to indefinitely travel the world, we had our own concerns.

Would we have trouble finding people to speak English? How would other nationalities react to us in the era of Donald Trump? And what about those awful-sounding squat toilets we’d heard about?

We’re happy to report that after two years, yeah, we’ve had a few scary things happen. Like that time our plane caught on fire.

But the good so outweighs the bad that even questioning our decision seems laughable.

As for our initial worries, it turns out English is so widely spoken we’ve never had a serious problem. And when we do have a minor problem, Google Translate is one tap away.

As for Trump and being hated as Americans, we’ve learned a couple of things. Most other people are far less interested in America than we think they are.

That being said, they know that when America sneezes, the rest of the world jumps. So they are often well-informed about events in America.

But not once have they held us responsible. Instead, they point to their own countries’ problems and seem to figure that, hey, if we’ve decided to live in their country for a while, we can’t be all bad.

As for those squat toilets, no, they aren’t pleasant. They are also far less prevalent than we’d been led to believe. And, sure, in lots of poorer countries, you can’t flush the toilet paper. But when you weigh that against the chance to live in the beautiful rice fields of Hoi An, Vietnam, the trade-off is well worth it.

Sure, sometimes there are greater risks than a squat toilet. Since we aren’t risk-takers, we do our research, and make sure we aren’t putting ourselves in danger.

And then we head out the door.

For instance, last year we lived in Tbilisi, Georgia – widely considered to be one of the most homophobic countries in Europe. We posted questions in some Facebook groups asking how concerned we should be.

An American said he’d been gay-bashed late one night in Tbilisi. And one local commented us “queers” should stay the hell away from his country.

But others told us Tbilisi was far more progressive than the rural parts of the country and that we wouldn’t have any problems as long as we took some sensible precautions.

We decided to go, and other than a couple of nosy Uber drivers, we didn’t have a single problem. We even became friends with several gay Georgian men, getting their perspective on living in a country where they aren’t treated equally. (For the record, most of them didn’t see it that way.)

Does Georgia have a problem when it comes to LGBTQ rights? Absolutely.

Is it unsafe for LGBTQ people? That’s a bit more complicated. In general, Georgia is one of the safest countries in Europe. But while we were there, several trans women were attacked and murdered. Then again, that happens in America far too often.

In the end, living in Georgia was an amazing experience and we’re glad we didn’t let our fears dissuade us from going.

Not long before we came to Mexico this January, the U.S. State Department issued an urgent warning that Americans should reconsider traveling to the country. American news was full of stories about kidnappings, murders, and gun violence in Mexico.

Frankly, we were a little alarmed.

But now we had two years of experience and we knew that a lot of the time what Americans hear about other countries simply isn’t true.
So we did our research, checking statistics and asking friends who have lived in Mexico.

“Are there places in Mexico I straight up wouldn’t go?” wrote one friend. “Absolutely. But there are places in L.A. and Chicago and New York I’d avoid too.”

Another friend, a single woman in her fifties said, “Use a little common sense, and you’ll be fine. Don’t let yourself be scared away from a great experience.”

We’ve now been in Mexico for a month and we haven’t had a single problem. Yes, we take certain precautions and we don’t go to certain areas. But when we lived in America, there were certain places we didn’t go. And we often worried about getting caught in a mass shooting.

Here in the heart of Mexico City, we haven’t heard a single gunshot, something that wasn’t at all unusual to hear in the U.S., even in a city like Seattle.

So here’s our message to anyone hesitant to either travel outside the U.S. or only go to “safe” destinations: Keep things in perspective.

If you’re an American, you live in a country with the 28th highest rate of deaths by gun violence in the world. And far higher than any other wealthy country.

But you wouldn’t tell a German tourist not to come to America. Heck, you probably wouldn’t even tell them to stay away from Washington, D.C., which has an even higher rate.

You’d just tell them to take some precautions.

And remember the media loves to sensationalize the “bad.” For every tourist who is a victim of a violent crime in Mexico there are tens of thousands who have fantastic experiences with local people.

As for the other “scary” things like squat toilets and having to drink bottled water, you get so much in exchange for putting up with those things.

Hiking in gorgeous mountains in Bulgaria.

Trust us, the world just isn’t that scary. So stop letting your fears getting in your way. The proverbial water is great, so jump on in!