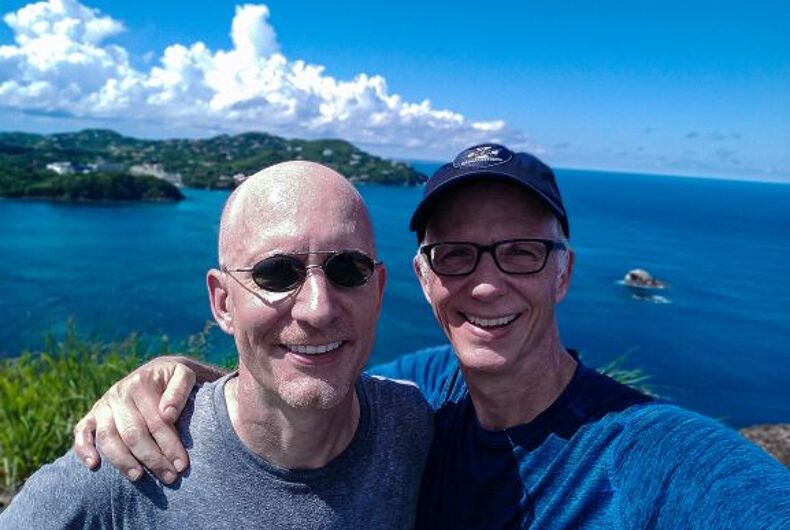 The authors in St. LuciaPhoto: Michael Jensen and Brent Hartinger

We’re a gay couple who loves to travel. We’ve been doing it for more than twenty years, and in that time, we can hardly believe how much better things have gotten for most LGBTQ travelers.

We usually travel on a tight budget, but a few months ago, we were on a Caribbean cruise, and we made our first visit to the island of St. Lucia.

Related: That time our plane caught on fire over the Atlantic

At one point, we found ourselves in a tour van with an older white couple from our ship. People on cruises tend to be older and more traditional, so we don’t usually spend much chatting with them. But this couple wanted to talk.

“So how long have you two been together?” the man asked us.

It surprised us that he’d simply assumed we were a gay couple, and he apparently wasn’t worried in the least about offending us, even if he’d been wrong.

This is so not how the world worked when we’d first started traveling together back in the mid-90s. People used to constantly ask us if we were brothers, even though we don’t think we look alike at all. Sometimes they’d even ask if we were twins!

“Where are your wives?” people asked us, over and over and over again. They didn’t know how to react to two men traveling alone together, how to categorize us.

Meanwhile, even when we pointed out that we were, in fact, a couple, we were never allowed to get discounts based on being a family. Rental companies and gyms flat-out refused to treat us a couple (except for the YMCA, which has always welcomed us with open arms).

Sometimes we’ve been very worried for our safety. Once in rural Virginia, we checked into a hotel, telling the clerk a single queen bed would be fine.

The young woman’s eyes immediately darted back and forth between us.

She pecked away at her computer for a moment, then excused herself, and vanished back through a door. A few minutes later, a young man wandered out, followed by two women. Their eyes were all on us, transfixed. Everyone wanted to see the queers checking into the hotel, about to share a bed.

In 1996, on our honeymoon in Ireland, we got so many sour looks from hotel clerks we finally stopped asking for double beds.

Once in rural South Dakota, we went for an after-dinner walk and found ourselves trailed for three blocks by men in a pickup truck. When one of them yelled out “Hey, f****ts!” we started walking as fast as we could, finally ducking into a restaurant. Two men walking closely together after dark? That simply wouldn’t stand in that part of the world.

Before long, we took to carrying copies of our wills and medical directives every time we traveled, because we were terrified one of us would wind up in the hospital, and the other wouldn’t be allowed admittance because we weren’t “family.”

We’ve taken other cruises over the years, and we always specified ahead of time we wanted the single beds in our cabin turned into a double bed. For years, the request was never honored, simply because we have two male names. Cabin steward after cabin steward was flustered by the in-person request to put the beds together.

While on the road, we’ve also gone to a lot of comedy shows over the years, and we’ve lost count of the number of comedians we’ve seen mincing around the stage, making jokes about less-than-manly men, and being careful not to drop the soap in the shower.

Flash-forward to 2020. We’re now “digital nomads,” working remotely and traveling full-time, living in different cities for months at a time.

We’re also struck by how dramatically different the world is now for LGBTQ travelers. We still sometimes get asked if we’re brothers, but only in very conservative places.

In most places, the opposite happens. As with that Canadian couple on St. Lucia, people immediately assume we’re a couple. Now on cruise ships, crew members ask us if we’re married and how long we’ve been together. The photography studios on board even make an effort to feature same-sex families in their photography displays.

It’s been years since we’ve heard comedians tell homophobic jokes, and on one cruise we even came across a lesbian comic (who was much funnier than most of the straight guys, it must be said). 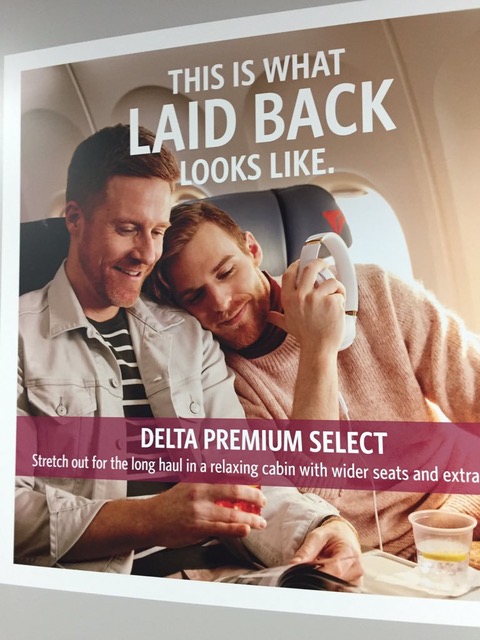 Recently, on a Delta flight, the poster advertisements in the jetway included a male couple being affectionate together. Meanwhile, an ad playing on the inflight entertainment featured another gay couple, this time with a child.

Transgender friends, and people who are gender-nonconforming, tell us they still face far too many incidents of bigotry, and lots of issues using public restrooms.

And while many of the places we visit treat gay tourists fine, they’re not nearly as accepting of their own LGBTQ citizens. St. Lucia, the Caribbean island we recently visited? They have a terrible record on gay rights. (Meanwhile, neighboring Martinique, fifty miles to the north, has an excellent record.)

We always make a point to check out attitudes on LGBTQ peoples before we visit a place. We try to patronize LGBTQ-friendly places and make a point to be as visible as our own safety allows. We want tourist destinations to know they’re benefiting from our gay dollars.

And we use social media, and this column, to draw attention to issues LGBTQ people face all over the world.

These days, it’s easy to feel pessimistic about the future of the world. But at least for LGBTQ people, some things really are getting better. We’ve seen it for ourselves, over and over again.