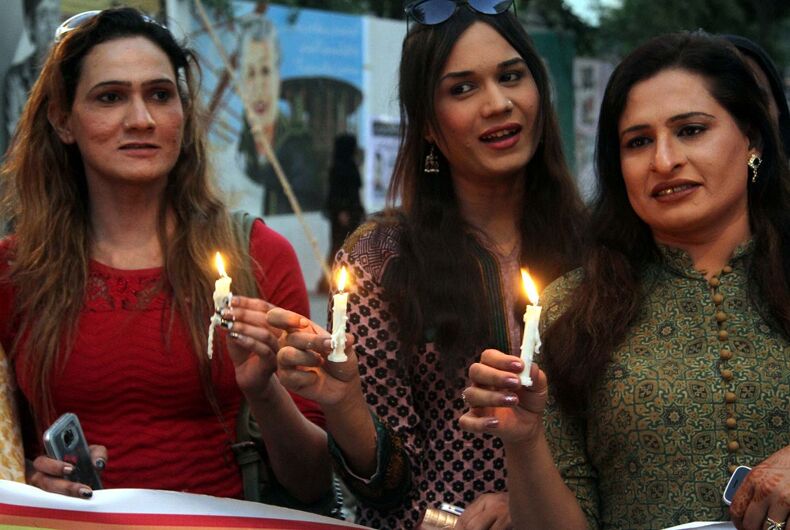 Pakistan’s government opened a free health care program for transgender people earlier this month as the country’s prime minister said that they were “taking responsibility” for trans people.

Related: Pakistan now has better legal protections for trans citizens than the U.S.

The Sehat Insaf Card program covers health care costs of up to 720,000 Pakistani rupees (about $4700) a year for people who make less than $2 a day. Now transgender people will not be asked to prove they have a low income to access the cards.

“Today, the cards we have given out is the first acknowledgment and a great step towards the transgender community, which had been long ignored,” said Khan when the program launched.

“Unfortunately, with a heavy heart, I have to say that people don’t have empathy for our transgender community who live such a hard life.”

“It is part of a grand program to provide health insurance not just to the poor but the vulnerable sections of society, including… transgender [people],” a special assistant to the prime minister told Reuters.

“Any person who identifies as transgender is eligible for this health insurance program.”

Pakistan’s protections for transgender citizens are more comprehensive than other countries’. In 2009, the Pakistani supreme court ruled that transgender people had equal rights as any other citizen and the court called on the government to reduce discrimination and hatred against transgender people.

In 2010 the court ruled that transgender people should have access to programs meant to make up for historic exclusion from society, including microcredit programs and job quotas.

In 2018, Pakistan’s parliament passed legislation that made it easier for transgender people to correct the gender markers on their documents, banned discrimination in employment and other areas, protected fundamental rights for transgender people like the right to inherit property or run for office, and allocated funding for prison safety, diversity training, and other programs.

The law did not just apply to historic third gender communities in Pakistan but defined a transgender person as “any person whose gender identity and/or gender expression differs from the social norms and cultural expectations based on the sex they were assigned at the time of their birth.”

Homosexuality, meanwhile, is banned in Pakistan and is punishable under the law with prison or death.