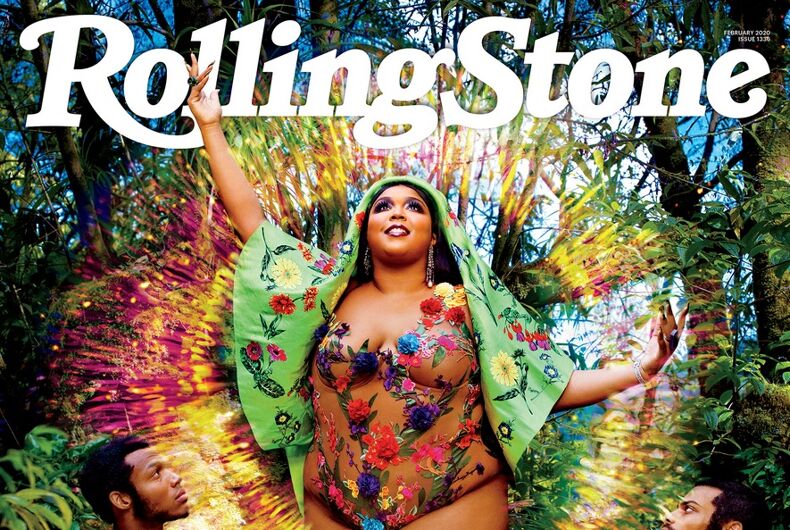 The musician Lizzo told Rolling Stone magazine that she wants black, transgender women to feel good when hearing her music.

The “Truth Hurts” singer appears on the cover of the February issue of Rolling Stone after receiving eight Grammy nominations this year, including the coveted awards for Album of the Year, Song of the Year, and Record of the Year.

She said in the accompanying interview that she said, “As a black woman, I make music for people, from an experience that is from a black woman.”

The topic came up after Lizzo discussed the criticism she has faced since many of the people who listen to her music are white women.

“Yeah, there’s hella white people at my shows,” she told Rolling Stone. “What am I gonna do, turn them away? My music is for everybody.”

This isn’t the first time Lizzo has spoken out for transgender people.

Last year at Sacramento Pride, she stood in front of a person holding a trans flag with the words “trans lives” on it and said, “Black lives matter. Trans lives matter. And if we’re going to celebrate Pride, then we need to keep that energy alive 365.”

Just your daily reminder that black trans women need to be protected & prioritized. We ain’t free till we ALL free. Thank you for choosing me, I don’t take my allyship lightly.

Also, while performing on NPR’s Tiny Desk series last year, she remembered to shout out to non-binary people.