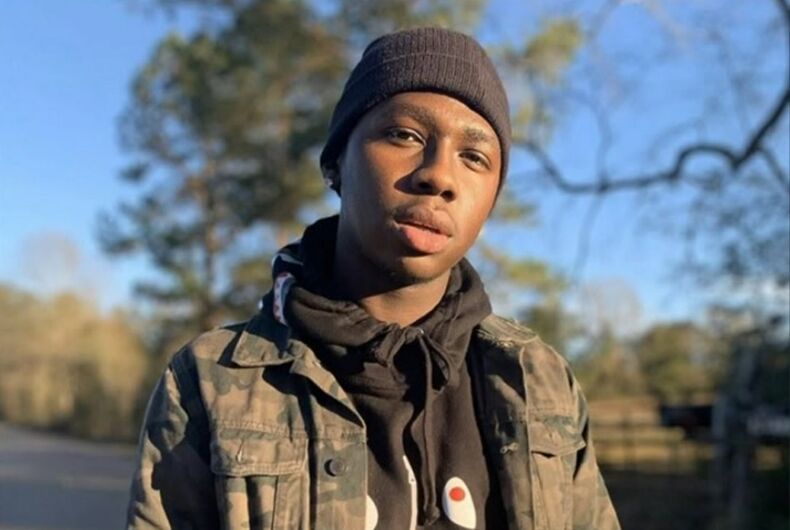 The family of a gay teen who was killed in Louisiana is asking for the federal government to get involved because they believe he died in a hate crime.

Ja’Quarius Taylor’s mother noticed that her 17-year-old son was missing on the morning of January 12, so she called the police.

The Washington Parish Sheriff’s Office says that Taylor, who was a senior at Varnado High School, was shot to death near a lake in Washington Parish in southeastern Louisiana, and someone who was at the lake to check water levels found his body and called 911 about an hour after his mother noticed he was missing.

Now his family is speaking out and asking the federal government to get involved. In a statement released by their attorney, they said they want the FBI to help with the investigation because they believe Taylor was killed in an anti-gay, anti-black hate crime.

“We hope the FBI will get involved because of the perceived conflicts of interest and family relations the local sheriff may have,” the statement said. “We’re looking at this as a hate crime based on the race and sexual orientation of Ja’Quarius Taylor.”

In response, the Washington Parish Sheriff’s Office issued a statement saying that local, state, and federal investigators are already working together to solve the crime. They said that there is no conflict of interest, that Taylor’s death is being investigated as a homicide and that they will investigate it as a hate crime if they find the appropriate evidence.

The FBI said in a statement that the agency is “aware” of Taylor’s death and “is prepared to investigate” if there’s evidence of “a potential federal civil rights violation, but stopped short of saying that the FBI was already involved in the investigation.

“We would like for the federal government to come in and take over the investigation because we’re not very comfortable with the local police and the way they’ve done the investigation already,” said Pastor Ken Owens. “We just want justice.”

Last Thursday, the sheriff’s office said that they found a “significant” piece of evidence in the lake near where Taylor’s body was found, but they did not say what it was.

But no arrests have been made in the case, and a $5000 reward has been offered for information leading to an arrest and an indictment.

People who knew Taylor are devastated and shocked by the murder.

“I didn’t believe it at all because I don’t know who would do it to Jay D,” classmate Darrius Harry told 4WWL. “He was innocent and cool with everybody.”

Taylor would have been 18 next March and was set to graduate this year.

A lesbian couple met competing against each other on Jeopardy. Ten years later, they’re married.