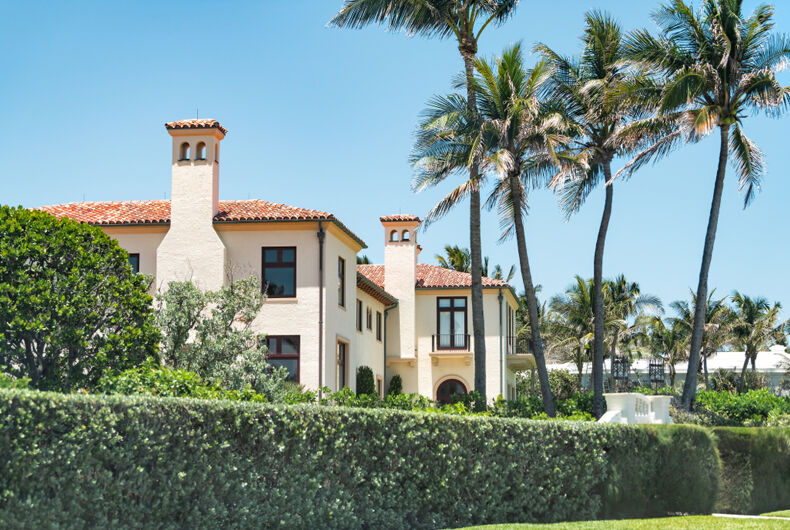 A forthcoming book is revealing details about Donald Trump’s relationship with lawyer Roy Cohn, a legal and personal director. One such alleged story is that Trump had his entire Mar-A-Lago resort and historical landmark cleaned and fumigated following a visit from Cohn in 1986, when the latter was suffering from AIDS.

The Fixers is an investigative book by journalists Joe Palazzolo and Michael Rothfeld that profiles the relationship between Trump and his various  ‘fixers’ throughout his life. His lawyers Michael Cohen and Rudy Giuliani and publishing magnate David Pecker are subjects of the book (which came out last week at Penguin Random House), and Palazzolo and Rothfeld also examine Cohn’s work as a fixer for Trump in the 70s and 80s.

Cohn was a lawyer and prosecutor, most prominently known for serving as the counsel to Senator Joseph McCarthy during his 1950s “Lavender Scare” investigation into communism in the United States government, which disproportionately targeted homosexuals and painted them as synonymous with enemies of the state.

Cohn oversaw much of McCarthy’s strategy during the Lavender Scare, and at the peak of his career, he was known for outing LGBTQ people in the government at that time – although he was known to sleep with men as well. He’s described in The Fixer as someone “whose homosexuality and promiscuity were an open secret.”

After 1955, Cohn turned to private practice, where he represented the owners of Studio 54, the Archdiocese of New York, mafia boss John Gotti, and Harvard professor Alan Dershowitz. He became Donald Trump’s lawyer around 1971, as the future President was building his wealth and namethrough real estate ventures.

Cohn introduced Trump to many of the figures that would become integral parts to his political ambitions, including future Presidential adviser Roger Stone and Fox News creator Rupert Murdoch. Cohn led efforts along with Stone to influence the 1980 Presidential election in New York on behalf of Ronald Reagan, which eventually led to Cohn’s disbarment in 1986, the year he died.

“Cohn…had a great influence on Trump, but the two had been simpatico from the outset; Cohn had merely taken Trump’s natural inclinations and refined them,” an excerpt of the book describes of their relationship.

The book alleges that when Trump was elected President in November 2016, he began to “reminisce” often about Cohn, especially to his then-adviser Stone, who he’d talk with regarding how much “we miss Roy.” While planning his administration at the Palm Beach, Florida resort in December of that year, Trump allegedly confided in associates and employees details about the last time Cohn had visited him there.

Cohn was diagnosed with AIDS sometime in 1984, but kept it secret and told people – including Trump – that he was suffering from liver cancer. Trump (among others) suspected otherwise, and he believed that when he invited Cohn over to Mar-A-Lago in the summer of 1986, it may the last time he could see his former lawyer alive.

The book details the event, and Trump’s subsequent retelling of the 1986 reception. It’s described like a “farewell dinner” for Cohn, was apparently a swanked-out affair in the lawyer’s honor:

At the table, the place settings were ornate, and a gold candelabra rested on the table. Guests paid tribute to the dying lawyer….[President-elect] Trump recalled to his guests that after Cohn had left, ‘I had to spend a fortune to fumigate all the dishes and silverware.’

Having his staff clean everything following Cohn’s visit would be evidence of Trump’s ignorance on HIV/AIDS, among other things. While information on HIV/AIDS was limited in 1986, stigma and prejudice led to people taking ridiculous measures to prevent receiving the virus or disease – but it cannot be transmitted through non-sexual contact, such as sharing food or dishes.

Even so, sharing this story in this century reflects that Trump has not evolved much on his initial understanding of HIV or AIDS. Trump’s policies in the present day, including attempting to ban HIV-positive military members and allowing healthcare providers to discriminate against their patients continues to put people at risk of getting HIV or other STDs, and not adequate healthcare to prevent or treat it.

Meet the lesbian attorney & environmentalist running for Congress in Indiana