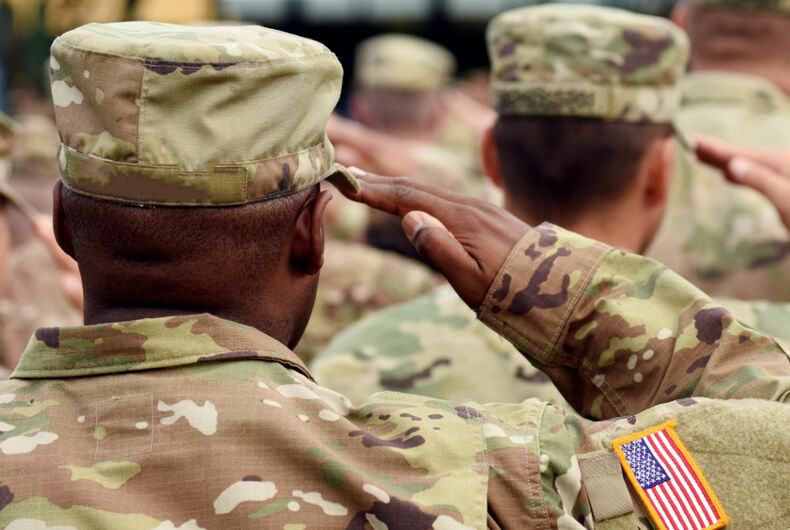 The Fourth Circuit U.S. Court of Appeals has upheld a lower court ruling saying that the Trump Administration cannot discharge members of the Air Force just because they’re HIV-positive.

The decision prevents two HIV-positive Air Force members, identified in the court case as “Richard Roe” and “Victor Voe” to protect their anonymity, from being discharged. Now they may stay in the military while their case against the military’s ban on HIV-positive servicemembers proceeds.

However, the judge ruled that the Air Force violated the Americans with Disabilities Act because it discharged the soldiers before actually sending them to CENTCOM to get officially rejected. In doing so, the Air Force violated pre-existing military protocols because members of the Air Force Physical Evaluation Board recommended Roe and Voe for discharge without actually evaluating either man’s physical fitness or ability to complete service duties.

Department of Defense policies state that an HIV-positive status alone isn’t grounds for discharge unless a soldier has an additional “progressive clinical illness or immunological deficiency.”

By discharging each man, the Air Force cut short CENTCOM’s determination of each individual serviceman’s fitness for duty. Had the men been allowed to undergo CENTCOM’s process, it’s likely they would’ve still been discharged and been denied a waiver because CENTCOM has never issued such a waiver.

As such, the judges’ decision could help Roe and Voe question and possibly overturn CENTCOM’s discriminatory policies for all soldiers in the military.

The judges believe the U.S. Department of Defense’s policies are based on outdated beliefs about HIV as HIV presents little risk for infection on the battlefield, especially now that HIV medications are now widely available and remain effective even under extreme temperatures.

“A ban on deployment may have been justified at a time when HIV treatment was less effective at managing the virus and reducing transmission risks. But any understanding of HIV that could justify this ban is outmoded and at odds with current science. Such obsolete understandings cannot justify a ban, even under a deferential standard of review and even according appropriate deference to the military’s professional judgments.”

20 years ago, this legal case set the stage for the Supreme Court’s upcoming ruling on trans rights