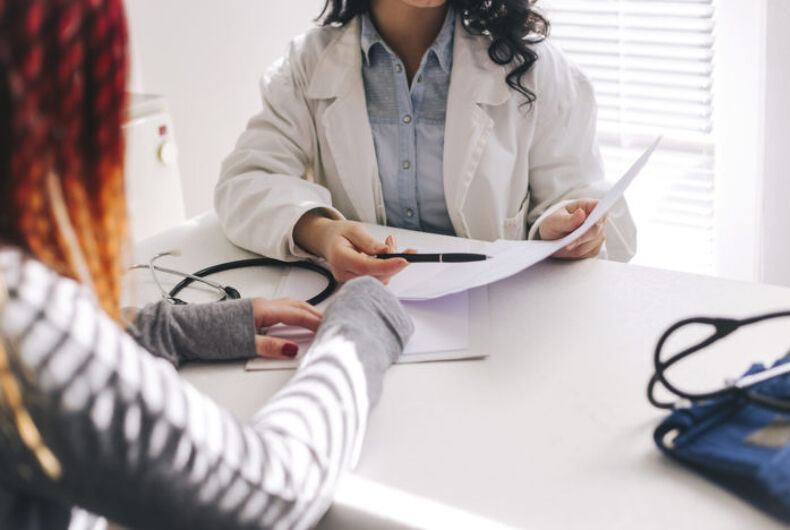 A study published in the American Journal of Psychiatry confirms what many transgender people have been saying all along: medical care such as appropriate hormone and surgical intervention leads to a reduction on mental health issues for transgender people.

“We know that transgender individuals are at higher risk of psychological distress than the general population due to stigma-related stress and stress associated with a lack of affirmation of their gender identity,” said the study’s co-author, John Pachankis, in a release from the Yale School of Medicine. “No longer can we say that we lack high-quality evidence of the benefits of providing gender-affirming surgeries to transgender individuals who seek them.”

Related: A Catholic U.S. hospital refused to do a trans man’s surgery calling it “intrinsically evil”

Researchers from the Yale School of Public Health looked over Swedish Total Population Register, seeking individuals who had been given a diagnosis of “gender incongruence” between 2005 and 2015. They then looked at mental health treatment of their study population in 2015 as part of the study

The study then looked at visits to health care for mood and anxiety disorders, antidepressant and anxiolytic (anti-anxiety) medications, and even hospitalization after an attempted suicide.

For 95% of those studied, hormone therapy was not enough to affect depression or anxiety, but those who underwent surgery were shown be 8% less likely per year after surgery to seek care for either.

“The exact reason for this we don’t know, but the group diagnosed with a gender incongruence diagnosis receiving hormone treatment, but not surgery, is a very mixed group,” said co-author Richard Bränström to ABC News. “The process of being diagnosed with a gender incongruence diagnosis and receiving gender-affirming treatment is a long process and it is likely that this process can be stressful.”

Not all transgender people seek medical intervention, such as feminizing or masculinizing hormones, let alone surgery to masculinize or feminize the body. In many if not most cases, such care isn’t available due to financial limitations, inadequate care options, medical “gatekeeping,” or a combination of all three.

This foster kid dreams of being adopted… by two dads