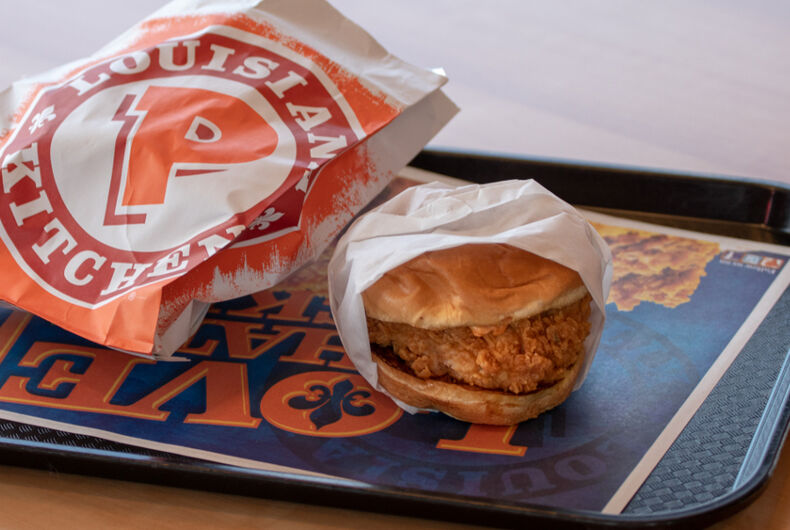 Popeyes chicken has trolled Chick-fil-A with a video announcing the re-emergence of its mega popular chicken sandwich this Sunday, the day on which the Christian-owned fast food chain regularly closes it restaurants nationwide.

Popeyes’ 20-second video announces “Y’all… The Sandwich is back” and then shows a Popeyes employee walking up to a roadside sign listing several fast-food restaurants. Under Chick-fil-A’s logo, it says “Closed Sunday.” The employee then adds a sticker under Popeyes logo reading “Open Sunday” while jazz music plays, consistent with Popeyes New Orleans’ style branding.

Popeyes had Chick-fil-A in its crosshairs when it first launched its new sandwich on August 12. No doubt aware of activist animus surrounding Chick-fil-A’s history of homophobia, Popeyes sandwich allowed chicken-lovers to enjoy a poultry sammy without all Chick-fil-A’s political baggage. Twitter noticed too as #ChickenSandwichWars started trending alongside videos of people comparing the two sandwiches.

Popeyes’ sandwich has undoubtedly benefited from more recent buzz as the new chick on the block. Long lines formed outside its front doors as chains of cars waited in its drive-throughs. Some locations quickly sold out, compelling several to announce it on their display marquees.

At one point, one Chick-fil-A location’s marquee announced, “We don’t run out of chicken sandwiches.” One Popeyes restaurant shot back, “FYI, people need to eat on Sundays.” 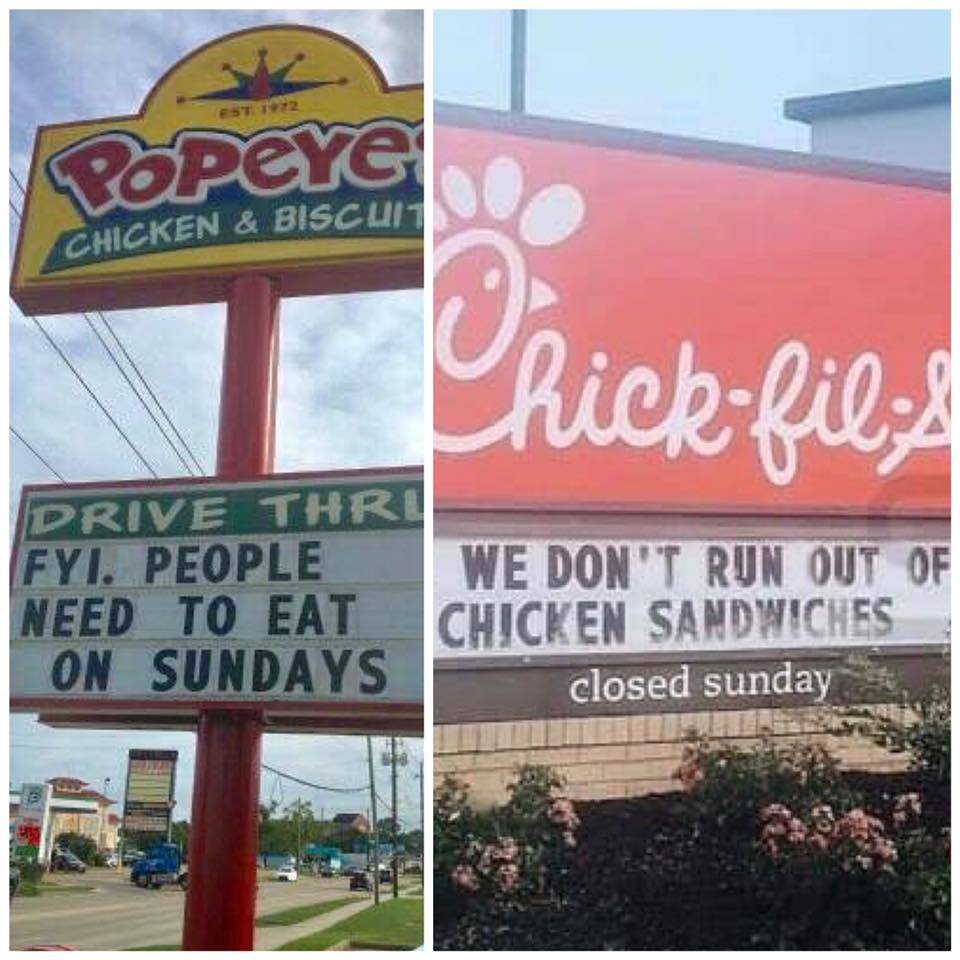 Nevertheless, Popeyes will undoubtedly find financial rewards in rolling out its new sandwich. While it’s unclear how much they made off of it earlier this year, the media buzz alone was worth an estimated $65 million.