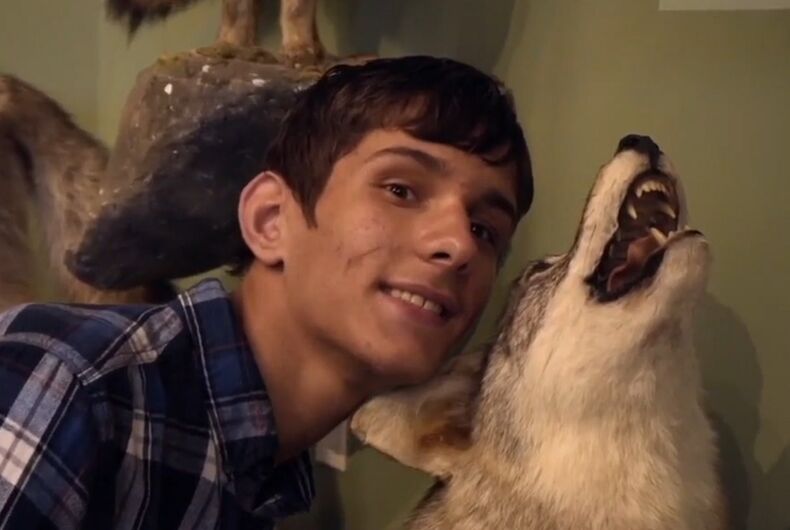 A 16-year-old boy in Michigan says he wants to be adopted… by two dads.

Bradley has been waiting for adoption since 2010, according to the Michigan Adoption Resource Exchange.

Related: Google Home ad reminds us that gay parents start their day like any others

“I love animals. And I love swimming and I love camping and going to the zoo,” Bradley told WXYZ. He wants to be a zookeeper and he loves otters.

He also said that he wants two dads.

“I would like two dads,” Bradley said when asked about adoption. He didn’t say why, but then why does he need a reason?

“He thrives with patience, structure, and reminders. His best quality is his heart. He gets attached to people who come in his life. He has this heart that never falters,” his social worker said.

Some adoption agencies have been fighting in Michigan for a religious exemption to the state’s anti-discrimination laws in order to legally refuse to serve same-sex couples.

Earlier this year, Attorney General Dana Nessel settled a lawsuit brought by same-sex couples who wanted to be parents by banning adoption agencies that have contracts with the state from discriminating against LGBTQ parents. Before that decision, the state’s discrimination laws didn’t apply to these adoption agencies.

“Limiting the opportunity for a child to be adopted or fostered by a loving home not only goes against the state’s goal of finding a home for every child, it is a direct violation of the contract every child-placing agency enters into with the state,” Nessel said at the time.

A Catholic adoption agency has already had a win in court in Michigan as a federal judge found that the ban on discrimination likely violates the agency’s “sincerely held religious beliefs.”

A trans woman’s coworkers terrorized her & vandalized the workplace. Her boss fired her.