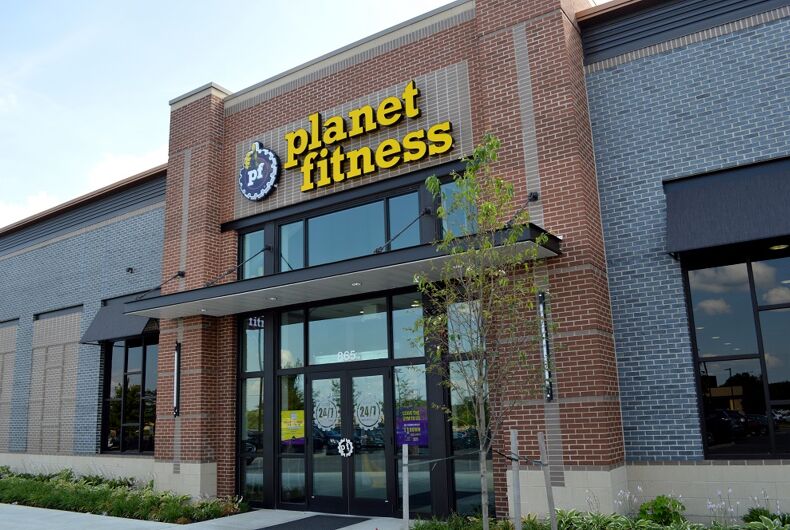 The CEO of Planet Fitness donated to the Donald Trump’s presidential campaign as well as to the campaign of a conversion therapy supporter.

CEO Chris Rondeau donated a total of $1200 to Trump’s 2016 presidential campaign. The money was donated in two installments, once in the heat of the primary season and once just before Trump became the official nominee of the party.

He also donated to the campaign of Andy Sanborn for U.S. Representative from New Hampshire, Out reports. Sanborn, a Republican, was named one of the most conservative members of the state legislature when he was a member, and he also voted against a bill that banned conversion therapy for minors.

Planet Fitness markets itself as “a judgment-free zone.” They have kicked out transphobic members at least twice for harassing transgender people. One of the transphobes sued Planet Fitness after they lost their membership for repeatedly complaining about another customer who was transgender.

But the donations to the Trump campaign belie that image. The Trump administration has repeatedly attacked transgender rights and LGBTQ equality more generally.

Trump himself has a reputation for judging women based on their looks, something that Planet Fitness’s “No gymtimidation” ads decry. Trump is, in the words of Planet Fitness’s posters, a “lunk” (someone who, among other things, judges others at the gym) who would set off the “lunk alarm.”

Earlier this year, fitness brands SoulCycle and Equinox faced an LGBTQ boycott when owner Stephen Ross was caught hosting a $100,000 to $250,000/person fundraiser for the Trump campaign.

Planet Fitness did not respond to a request for comment by publication.