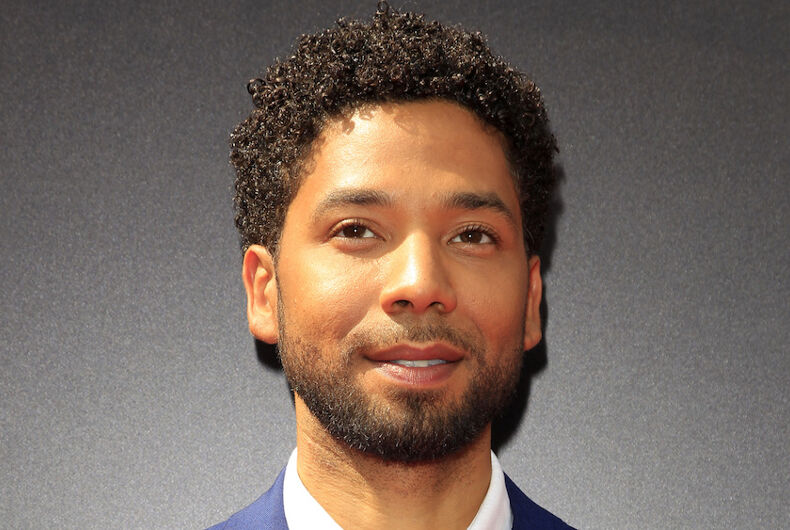 Amari Allen, the 12-year-old black female student at Virginia’s Immanuel Christian School who said three white boys held her down and cut her dreadlocks, has since recanted her accusation. Her story had gained national attention and outrage, especially since it occurred at the school where anti-gay Vice President Mike Pence’s wife, Karen, teaches art.

Because she fabricated the attack, online commenters have compared her to Jussie Smollett, the gay actor who was accused of orchestrating a hate crime against himself in January. In response, Smollett has defended himself from the comparison.

In response to Allen recanting her story, self-help internet personality Derrick Jackson said on Instagram, “Jussie really is a trendsetter.”

“With all due respect brother, y’all can clown me all you want but my story has actually never changed and I haven’t lied about a thing. Y’all can continue to be misinformed, internalized sheep, who believe what actual proven liars feed you or you can read the actual docs. Either way, Imma be alright. I know me and what happened. You don’t. So carry on. All love.”

After claims that Smollett had faked his hate crime, his character, Jamal Lyon, was written off of the black hip-hop drama series Empire. Jamal’s sudden disappearance from the series was explained away in a 20-second conversation as him having “ran off to Europe” this season.

Chicago prosecutors dropped criminal charges against Smollett in March, but he still faces a civil suit as the Chicago Police Department is seeking $130,000 in costs related to investigating his hate crime.

Smollett’s lawyer William J. Quinlan, told the Chicago Sun-Times, “My client from the beginning has maintained his innocence and disputed the city’s allegations.”