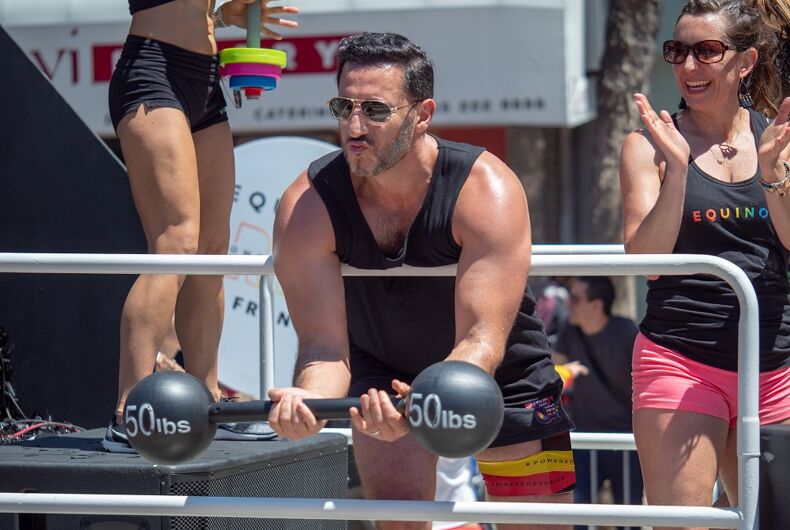 Real estate mogul Stephen Ross, the billionaire behind Equinox and Soul Cycle, has come under fire for his planned fundraiser for Donald Trump. Now those companies are rushing to distance themselves from him and Trump.

Ross has an estimate net worth of $7.7 billion and founded Related Companies, a real estate development firm that also owns fitness and restaurant brands. He also owns the Miami Dolphins.

A longtime GOP donor, Ross is planning a $100,000 to $250,000/person fundraiser in the Hamptons, and the Washington Post reports that Trump is expected to make an appearance.

That news hasn’t sat well with fans of Equinox and Soul Cycle, many of whom have said that they will boycott the brands.

point: gays, it's hard to get out of your equinox membership contract unless you're injured/pregnant/moving

counterpoint: gays, if you fuck in a steamroom and are caught, equinox bans you for life

anyway, if you want me to help u get banned my DMs are open.

Gays on their way to cancel their #Equinox membership. pic.twitter.com/N9LRJ6a5ob

Ross responded with a statement that downplays his support for Trump.

“I have always been an active participant in the democratic process,” the statement said.

“I have known Donald Trump for 40 years, and while we agree on some issues, we strongly disagree on many others and I have never been bashful about expressing my opinions.”

He did not explain why, if he is such a champion of diversity and racial equality, he was planning on funneling millions of dollars to Trump’s reelection.

Equinox itself tried to distance itself from Ross, describing him as a “passive investor” and not involved in managing the business, as if the controversy is about his business decisions and not about Equinox’s profits going to reelect Donald Trump.

SoulCycle CEO Melanie Whelan said that her company is “creating a safe space where all are welcome” that values “diversity, inclusion and equality.”

According to the campaign finance website Open Secrets, 93% of Ross’s campaign contributions have gone to Republicans.

It’s easy to blame Trump for America’s modern racism issues, but what about average white people?