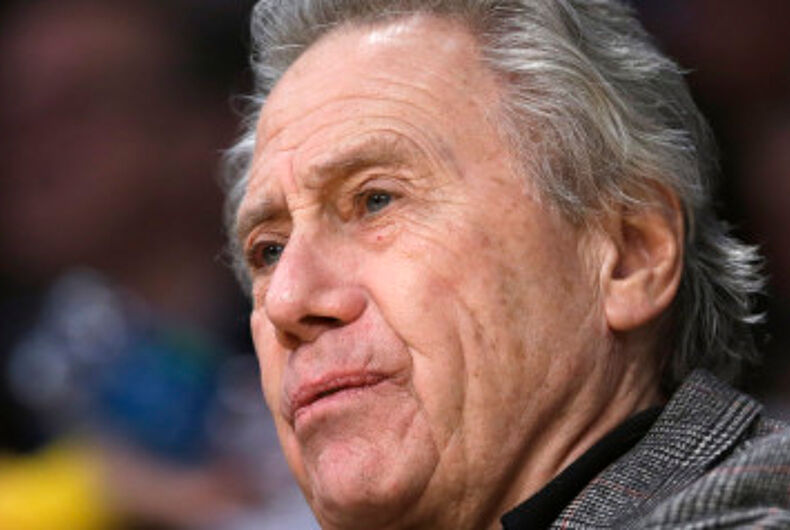 Philip Anschutz, owner of AEG, the company that puts on the annual Coachella festival, has given money to anti-LGBTQ organizations for years, and a recent backlash has forced an official response.

Teen Vogue and Afropunk both reported on Wednesday that between 2010 and 2013, the Anschutz Foundation gave a combined $190,000 to Alliance Defending Freedom, the National Christian Foundation, and the Family Research Council, all of which actively work against LGBTQ rights such as same-sex marriage and same-sex adoption.

During the 2016 election season, Anschutz and his wife donated over a million dollars to Republican and conservative candidates and PACs, reports The Fader. They note that makes them one of the 100 families who donated the most money during this election cycle, according to OpenSecrets.

Anschutz released a statement on Thursday denying allegations of homophobia and saying he has ceased donations to anti-LGBTQ groups.

Recent claims published in the media that I am anti-LGBTQ are nothing more than fake news — it is all garbage. I unequivocally support the rights of all people without regard to sexual orientation. We are fortunate to employ a wealth of diverse individuals throughout our family of companies, all of whom are important to us — the only criteria on which they are judged is the quality of their job performance; we do not tolerate discrimination in any form.

The company followed that up with a separate statement later in the day:

We are aware of recent attacks upon our owner, Mr. Philip Anschutz.  These attempts to perpetuate and spread false news on a variety of topics are part of a long-running and coordinated attempt by our competitors to smear AEG and our many businesses, including our live music and facilities divisions.  These attempts have failed before, and will fail again because actions speak louder than words and our track record demonstrates a strong commitment to both diversity and sustainability, two of our most critical core values.

Throughout our 20 year history, AEG and AEG Live have worked hard to create a supportive and inclusive environment that respects the rights of all employees, artists and fans, as well as promoting a philosophy of sustainability throughout the world.  We believe that true creativity is best expressed in an environment where everyone has the right to say what they believe in an unbiased and uncensored environment.

When contacted for further clarification by LGBTQ Nation, AEG referred back to the statement from Anschutz and declined to comment on specific organizations reportedly on the receiving end of his donations.