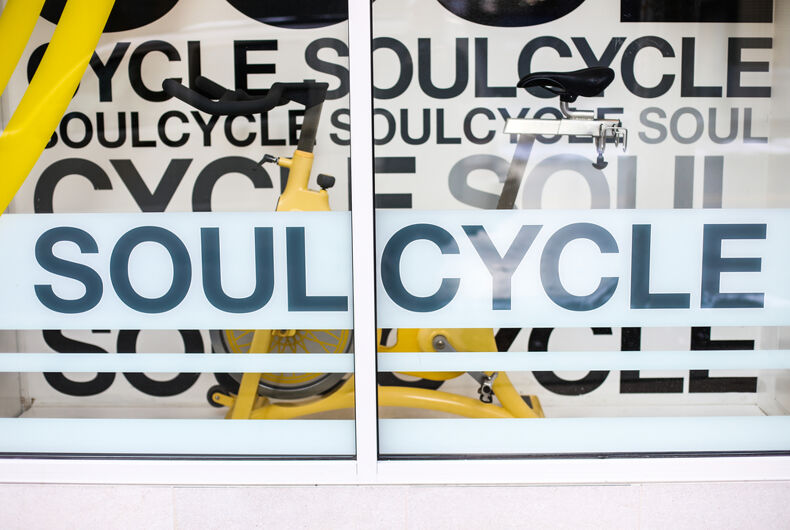 But after the news broke that Ross would be hosting an event benefitting Trump, members started fleeing the brand. While the Rosses are content to give scads of cash to a homophobic white supremacist and admitted sexual predator, the chains’ primarily female and LGBTQ clientele aren’t willing to be part of that cycle.

Both Equinox and SoulCycle have a number of celebrity devotees. Former First Lady Michelle Obama, for example, made news in 2016 when she showed up at a class with a secret security detail. Now those celebrities are turning against the brand faster than a spin class.

“It’s important Equinox know WHY we’re going to cancel our membership,” he tweeted. “This fundraiser and it’s ties to Stephen Ross, is a betrayal to our communities after masquerading as a corporate ally during #Pride. You can’t use us to make money and then use it to work against us. No.”

It’s important @equinox know WHY we’re going to cancel our membership. This fundraiser and it’s ties to Stephen Ross, is a betrayal to our communities after masquerading as a corporate ally during #Pride. You can’t use us to make money and then use it to work against us. No. https://t.co/CFZhBmGdaV

Journalist Michelangelo Signorile said he would be standing outside of his local Equinox and handing out copies of the story that revealed Ross as the host of the fundraiser and encouraged others to join him.

I will be handing out flyers with this story to patrons entering the @Equinox near me this evening. I urge all of you to do the same. https://t.co/nDHFB0F6OT@shannoncoulter #GrabYourWallet

Comedian Billy Eichner asked the chain, “What’s your policy for canceling memberships once a member finds out your owner is enabling racism and mass murder?” In a later tweet, he said he had cancelled his membership and encouraged others to do the same.

Just contacted @Equinox to cancel my membership after many years. Money talks, especially with these monsters. If it’s too inconvenient for u to trade one LUXURY GYM for another, then you should be ashamed. (No disrespect to the many wonderful employees at my local Equinox). Bye!

🤔 You can’t have a non profit with this mission statement then open your doors to Trump. https://t.co/sNBWfEXvLn pic.twitter.com/nNkRf2wJep

SoulCycle CEO Melanie Whelan rushed out a statement after the news broke to say the chain “in no way endorses the political fundraising event.”

“SoulCycle has nothing to do with the event and does not support it,” she said in a statement. “Consistent with our policies, no company profits are used to fund politicians.”

A note from our CEO pic.twitter.com/UwxBWR76B0

Texas Congressman says if El Paso shooter is charged with a hate crime, pastors will be next