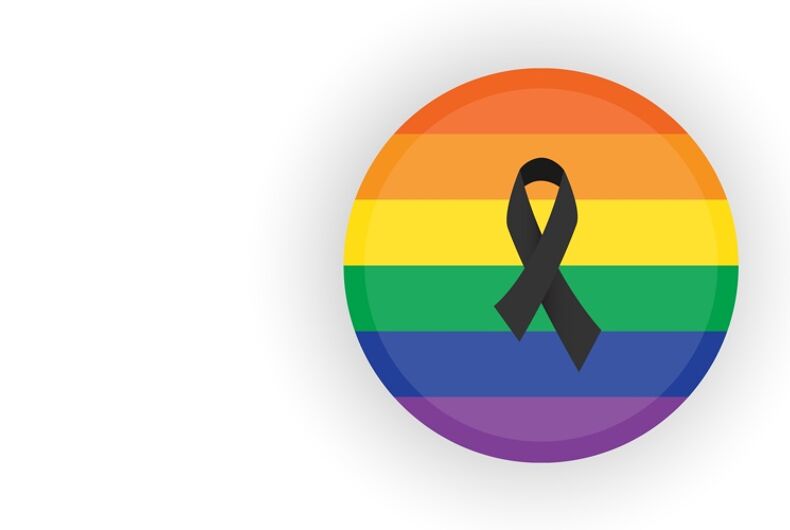 While media outlet and police have described Dayton mass shooter Conner Betts’ slain sibling as his sister, friends say the victim was a young transgender man who wasn’t out of the closet yet.

While reports have identified Betts’ sibling as Megan Betts, Splinter reports that his preferred name was Jordan Cofer. Cofer used he/him pronouns with friends, they say.

There is no indication that Cofer’s gender identity had any role in his death during a rampage that left nine people dead and 27 wounded. His friends say they don’t believe he was out to his brother.

Betts was shot and killed by police shortly after he began firing in a crowded area.

Related: Texas Congressman says if El Paso shooter is charged with a hate crime, pastors will be next

“Jordan was my closest friend,” an unidentified friend of Cofer’s told the site. “He identified with he/him pronouns to people he trusted and knew would support him. Jordan was probably one of the sweetest people you would ever meet, a true saint, but he was also very scared constantly. He tried to give the best to everyone.”

“Jordan told me in the past that he was not out to his family, but that could have changed in the past month as we barely spoke of the topic recently,” the friend said. “I do not believe that his gender identity had played a part in his death because of the fact that he wasn’t out to many people.”

The site also tracked various social media profiles including a Tumblr where he described himself as an “ace poly trans boy with a loving heart and way too much work to do.”

But is the victim’s gender identity pertinent to the story? And is “outing” them after death appropriate? The site addressed the question head on and offered their reason for publishing the information.

Stories like Cofer’s, featuring a young trans person who was a victim of a devastating and high-profile crime but who appears to have only shared his trans status with a small circle of people, are delicate. People can debate about whether the fact of his gender identity is newsworthy. What is clear, though, is that his friends are free to remember him as they knew him.

The trans community also has a right to account for its dead. There’s been no indication thus far that Cofer’s murder was a transphobic hate crime, but it serves as an important reminder that trans people are more than the transphobia society visits upon them. Everyone who spoke with Splinter for this story felt it was important for his true identity to be accurately reported in the press, without sensationalistic or political sentiments.

“We are deeply saddened to hear of the loss of Jordan as well as eight others in this tragic and violent act,” a spokesperson for the National Center for Transgender Equality told Splinter. “Mass gun violence is an epidemic in this country and deserving of swift and immediate action by lawmakers at all levels of government. We join the nation in mourning for every community impacted by gun violence.”

Cofer was one of the first victims shot during his brother’s murderous rampage. Police aren’t sure whether Betts intended to kill him or if Cofer was attempting to stop the carnage as it started. The two had traveled together with Cofer’s boyfriend to the neighborhood where the attack occurred without warning.