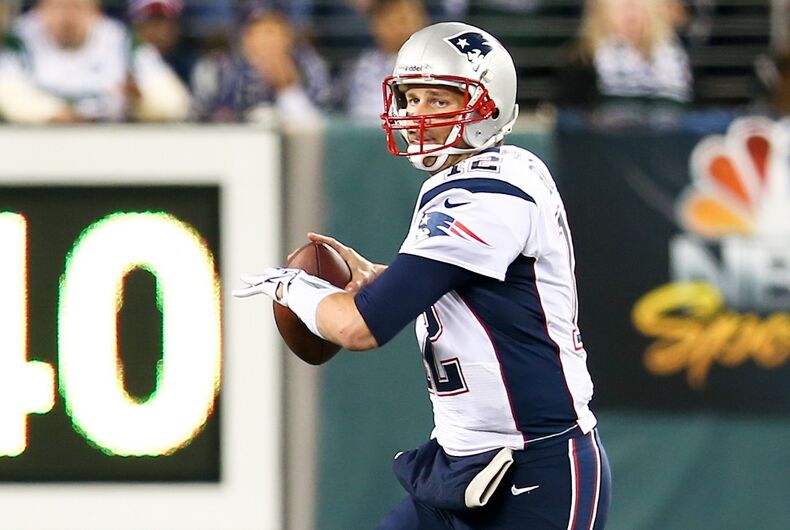 NFL player Tom Brady opened up about how his son doesn’t like football. Speaking with Men’s Health, the New England Patriots quarterback said that his first son takes after him and likes football. His second son Benjamin, though….

He said that his wife had to repeatedly tell him: “Would you effing understand that your son is different?”

Because that’s how gender works.

Brady said that he eventually got it, but, “It was hard for me.”

“The reality is that Benny just likes different things. And it’s great because now I just have to go do what he wants to do. When we do that, we have the best time. He’s like, ‘OMG, Dad, you’re so funny.’ He loves joking, and I joke back.”

He might be a little more open about it than others, but one wonders how many parents out there assume that their children of the same gender will just be duplicates of themselves.

Ellen is getting sued by a street artist for copyright infringement. He has a good case.