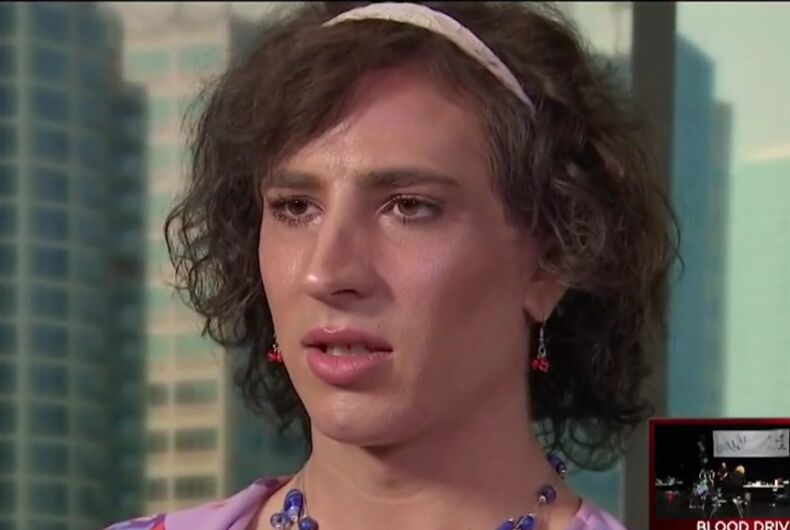 Another cisgender woman’s membership at Planet Fitness has been canceled for harassing a transgender woman in the locker room.

The cis woman, who has not been named in the media, said that this past May she saw a transgender woman in the locker room putting on make up at her gym in Leesburg, Florida.

“Thought maybe, possibly he had the wrong locker room,” she said.

She said that she tried to talk to the trans woman, but didn’t get a response. So she went to the front desk to complain.

When an employee told her that Planet Fitness permits customers to use the locker room appropriate for their gender identities, she decided to wait for an hour outside the locker room before going back in.

She called her husband to pick her up, and when she left, the trans woman was calling 911 about sexual harassment and following her into the parking lot.

Several days later, her membership was canceled for violating the gym’s “No Judgment” policy.

“I did not judge anybody,” she said. “I just did not feel comfortable with a man in the locker room. I feel like my rights were violated and we’re only hearing about his right being violated as a transgender.”

Well, that’s not how the trans woman remembers things, and now she’s speaking out.

“I had to step out and say something because I’m not going to be made into a monster,” said Ivey Gardner, the trans woman.

Gardner said that privacy isn’t even an issue here since the locker room is big enough.

She also said that she realizes that she should not have followed the cis woman into the parking lot, but she said that she was just trying to get a description of her for 911.

Gardner said that it’s her privacy that was violated. The cis woman has contacted SPLC designated hate group Liberty Counsel for legal representation in the matter, and the hate group used her dead name in a letter it sent to Planet Fitness.

“She may feel uncomfortable, but I feel like my life’s in danger anytime someone approaches me like that,” Gardner said.

In a similar case that has been working its way through the Michigan court system for the last three years, a cisgender woman at a Planet Fitness in Midland, Michigan, complained about a transgender woman in the locker room and her membership was revoked for causing a scene and violating the gym’s “No Judgment” policy.

The woman’s case wasn’t going well at first, but this past week an appeals court sent her complaint back to the trial court.

The court ruled that Planet Fitness may have violated a state consumer protection law when they represented themselves as having separate male and female locker rooms, which the court said it did not have because the gym allows trans people to use the facilities that correspond with their gender identities and does not force their sex assigned at birth.

This post was updated to include the name of the city where the incident occurred.