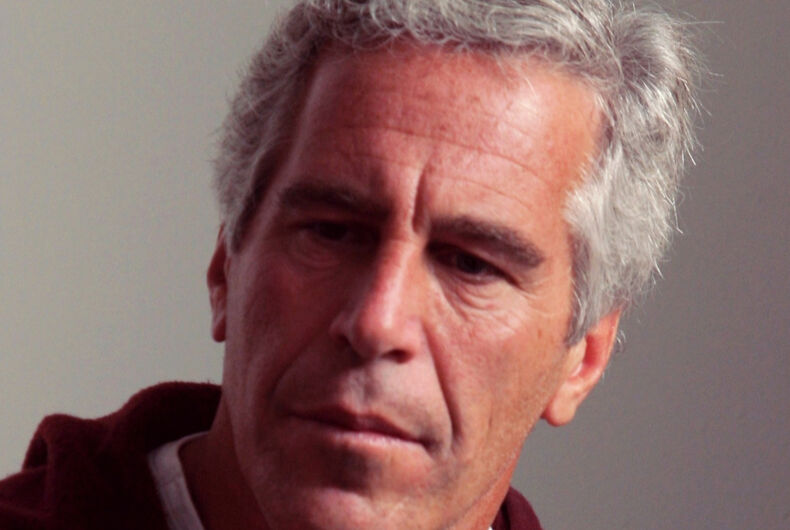 In one of Jeffrey Epstein’s last interviews, given to James B. Stewart of the New York Times, the billionaire accused of sex with underaged girls attempted to justify his abuse by comparing pedophilia and homosexuality. Stewart recounts Epstein discussing Epstein being “at ease discussing his interest in young women.”

“He said that criminalizing sex with teenage girls was a cultural aberration and that at times in history it was perfectly acceptable,” said Stewart, adding that “he pointed out that homosexuality had long been considered a crime and was still punishable by death in some parts of the world.”

The interview was conducted a year ago at Epstein’s Manhattan apartment, the same one that was raided by FBI agents just a month ago.

Epstein was more than willing to discuss his “scandalous past,” claiming he was “a pariah in polite society.”

Pariah or not, Epstein had the ear of a great many of the world’s richest and most powerful, including President Donald Trump, former President Bill Clinton, and Britain’s Prince Andrew.

Many of his friends and accomplices may still be targeted in the ongoing probe of his sexual conduct with young women and girls. Epstein pleaded guilty in 2008 for sex with a 14-year-old girl and served a 13-month jail term with work release.

Justice was cut short, however, when Epstein was found dead in his prison cell in Manhattan on August 10 sparking conspiracy theories to abound on both the left and the right.

I’m a gay conservative who thought discrimination claims were overblown. Then it happened to me.