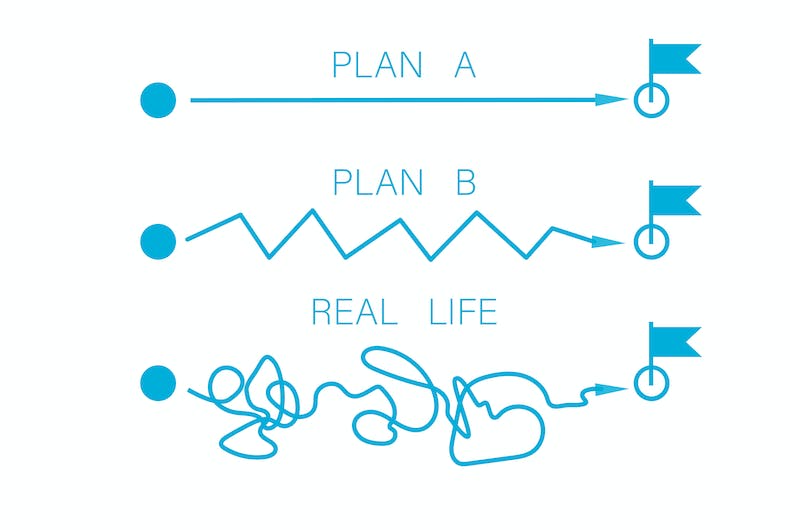 In 2017, Harvard released a survey indicating that 1 in 5 LGBT Americans had experienced discrimination in the workplace. The Human Rights Campaign reported that in 2018 46 percent of LGBT Americans chose to remain closeted at work for fear of negative repercussions. All of this despite 91 percent of Fortune 500 companies having LGBT discrimination policies designed to prevent these very experiences.

There is significant incongruence in these data and the reasoning does not seem to be rational or easy to explain. As the HRC report described, many LGBT individuals simply do not choose to report incidents to HR for fear of creating added tension or hostility at work and they believe nothing will be done about it if they did.

Are they right? Can a company with policies prohibiting LGBT discrimination still be an unwelcoming place for LGBT employees?

I am a conservative writer with a sizable social media following and am fairly well-known for being critical of many popular LGBT political positions. Although I have argued in favor of skepticism on how much discrimination actually occurs, it is not as simple as looking at the data and comparing it to company policies.

I know this because I faced discrimination for being gay and HIV positive in my own job recently and it has profoundly impacted how I view the issue.

For the last few years I worked in leadership and administration at a rural West Virginia hospital. The area is largely Christian and I have been of the few visual minorities on the campus – certainly within leadership.

Walking around with a yarmulke on, a rainbow flag on my badge, and displaying photos of my husband in my office have inspired some interesting conversations over the years, but overall my experience was positive and fairly mundane.

Several months ago, the organization decided it was necessary to introduce a ‘diversity’ committee and I volunteered. A meeting was called to discuss improving the low score the organization had earned on the Human Rights Campaign’s yearly Equality Index.

Rather than be a voice of negativity, I felt my perspective as a conservative helped me better appreciate the many sides of the discussion and help avoid reactionary policymaking. I hoped this blending of my personal perspectives might add balance to a committee made up of individuals who only understood LGBT issues through news stories, statistics, and stereotypes.

But I was simply unprepared for the public humiliation I would experience or the complete lack of consideration or awareness from my peers.

The committee was made up of senior leadership, all of whom I had worked closely with and know that I’m gay and my HIV status. I have been an advocate for increasing awareness of the organizations small, but effective, HIV treatment program and working in the center of the opioid crisis, I knew this area of treatment was vital.

But shortly after proposing a new initiative to introduce LGBT-inclusive messaging and HIV/AIDS awareness posters throughout the hospital, I found myself sitting frozen in confusion, rage and embarrassment as I listened to a coworker, a director, rant about why people like me are an inconvenient, if not upsetting, element to the organization as a whole.

Dramatically waving her hand in a gesture of assumed agreement with the room, the influential director bellowed that if patients or their families came to the hospital and saw rainbow flags, pro-LGBT messaging, or HIV awareness information they would choose not to come to the hospital when they needed help.

She argued that the largely Christian population would be alarmed at knowing an HIV positive person may have recently been in the same room, ignorantly fearing they may “catch” the disease. She would certainly not want her own family in that situation, she pointed out.

Arguing that Christians “have rights too,” she said they could choose to be separated from HIV positive people. I couldn’t help feeling as though she was arguing that as an HIV positive man, I was a cause for concern for the public image of the hospital.

The room was tense and silent. I anxiously looked at nothing in particular, aware of my face growing a deep red. I eyed the door for escape, but didn’t want to cause a commotion.

The Human Relations Director, a mere five feet away from me, fidgeted with her papers and asked a question to quell the woman’s growing outrage. She stuttered as she articulated that no one was proposing posters on HIV or LGBT imagery in every room, but was quickly cut off with a rebuttal that the entire topic was incompatible with how the hospital functions.

Before they could continue, another director threw up his hands and complained that he joined the committee to discuss diversity in the hospital and not “this stuff” and if this was what it was going to be about, he was leaving. The room collectively let out a breath of relief and the HR director quickly changed the subject.

The HR director avoided me immediately after the meeting. The one person in the room who seemed as disturbed as I was managed to talk me out of walking away from the committee altogether. I felt that I overestimated my own moderate views and was still somehow too controversial to be of any benefit.

After I wrote to the CEO about my experience, she and the Vice President advised me to view the situation as a teaching opportunity for those around me. But I did not want to be an object of education; I simply wanted to be a coworker. In this moment my experience, my position, and my value to the organization had been reduced to how others felt about my sexuality and HIV status.

It became an issue of how I responded rather than the environment and the attitudes surrounding it.

This was not so much an issue of what the director had said, but why she felt comfortable saying it and why no one else felt comfortable challenging her. If as a member of leadership, I could be subjected to this humiliation and the HR director ignore it completely, how could a frontline worker possibly feel safe reporting their own experience? The organization’s policies against LGBT discrimination were meaningless in action.

It took me a month to build the courage to realize I was unfairly treated and it warranted a report. My direct manager told me it was best to just let it go. My coworkers shrugged it off as ignorant people being ignorant.

I found myself quiet and shrinking back at work and in meetings. People who were witness to the incident avoided eye contact. I became nervous about interacting with certain individuals and being trapped in uncomfortable situations. I found myself more stressed than I expected, and my health took a nosedive.

I saw the HR director and the woman who had made the insulting remarks chatting casually and instantly found it difficult to breathe. I chose to miss a meeting rather than walk past them.

The final two weeks of the official investigation were so overwhelming I was hit with a severe shingles outbreak that debilitated me. I wished I had never said anything at all. My original goal was to make senior leadership aware of the negative consequences of open homophobia in the hospital so we could combat it as a team, but I came to realize I was facing those consequences alone.

Nothing came of the investigation. I left the exit interview with my Vice President and the facility’s legal team feeling like I’d overreacted and anxious that I had ruined my chances of advancing in my job of three years. It felt as though it had done nothing more than make me sick.

I reported the incident to the Equal Employment and Opportunity Commission (EEOC). But as the days went on, I felt more and more alone. The federal agency required a screening interview and the closest office was six hours away. The soonest they could talk to me would be mid-October.

I had attempted to follow procedure, remained discreet and allowed internal processes to work. I didn’t cause a massive fuss or a media firestorm or announce a grand lawsuit. I tried to follow the rules. It didn’t work.

But I now wonder how many people have experienced what I did and found the same outcome? I wonder how many chose the much easier road of not reporting the problem at all.

I worked in a state without protections for LGBT workers, but would that have made a difference? I’m not sure.

Often, as conservatives, we merely react to the extremes of progressive arguments. But we have to also consider the real people behind many of these stories that reflect a genuine concern. Had I not experienced this myself, I would not have appreciated the emotional, social and even physical impact.

It should be noted 70 percent of Americans say they oppose discrimination against LGBT Americans, but I don’t know if there is an understanding of the difference between being fired for being gay and what I experienced. They didn’t fire me; they made it intolerable for me to work there.

I have often been critical of assuming malicious intent from employers or coworkers as the underlying cause of discrimination, but I also overlooked the effects of ignorance and not wanting to rock the boat. There is more systematic pressure to preserve the organization than there is to protect individual employees.

LGBT discrimination policies do nothing if not enforced. Government agencies designed to investigate and enforce laws are useless if they put those who file complaints in the position of waiting months or years while the employers prepare a rebuttal.

I walked away wishing I hadn’t said anything at all. More importantly, I left this experience realizing the divide between the right and the left is far less pronounced than I first thought.

After sharing my story in a moment of vulnerability and frustration on Twitter, strangers joined together to raise money to ensure I could buy my HIV medications and rebuild my life. I received more messages of encouragement, outrage and compassion from conservatives than I could respond to and liberals also sent well wishes.

It is clear, regardless of political stance, a large majority does not want anyone to experience what I went through. The divide is on messaging, policy and political tribalism.

The right wants to protect the freedom of religious individuals not to be coerced into violating their beliefs and the left wants to protect minorities from being targeted and treated poorly in the workplace. The more we can expose the true human experience behind these policies, the faster we’ll agree on the solution.

I now better appreciate what claims of discrimination can mean beyond the cold facts. There is more depth to it all.

I’m sorry I was dismissive of others without looking into it more deeply myself. I would have understood sooner.