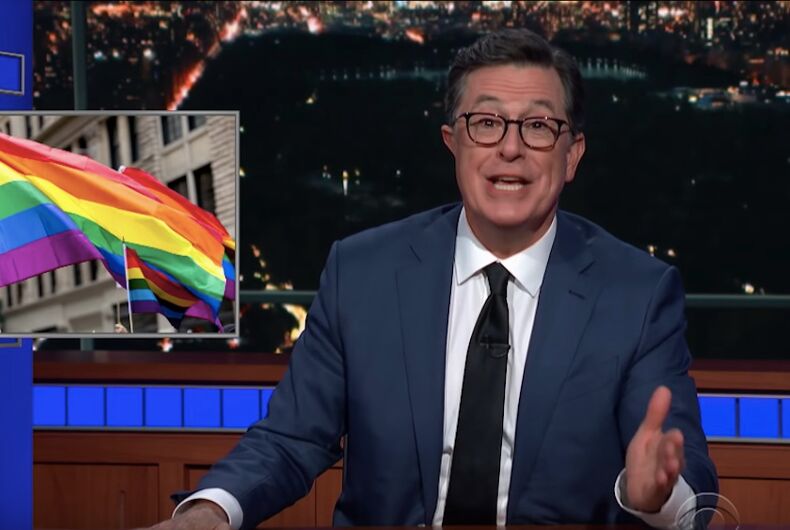 Every Pride month, journalists get tons of e-mails from marketers and PR flacks promoting various events. One e-mail received by journalists this week had the subject line, “Jerry Lewis Returns to New York & Celebrates Pride… [will perform] tomorrow on The Late Show With Stephen Colbert!”

This was particularly surprising seeing as Lewis — a comedian best known for his 1963 film The Nutty Professor and his “Jerry’s Kids” telethon for muscular dystrophy — died in 2017 at the ripe old age of 91.

The e-mail seemed all the more surprising because Lewis is no fan of Colbert. In 2015, Lewis reportedly said of the satirical comic, “I don’t like him. I think he’s a snob. I think he’s elitist and a snob.”

So what was going on?

The body of the e-mail revealed the subject line to be a typo: It had meant to hype an upcoming performance by singer-songwriter Jenny Lewis, a former child actress who has absolutely no relation to the deceased comedian.

So, this last Monday, Jenny Lewis and her seven-piece backing band performed the song “Wasted Youth” from her fourth solo album, On the Line, during The Late Show With Stephen Colbert as promised by the erroneous e-mail.

If you’re curious (and not too disappointed that she’s not Jerry Lewis), here’s a video of her performance:

The Straight Pride Parade —  organized by Mark Sahady, a man with ties to the violent far-right group Proud Boys and the white supremacist organization Resist Marxism — will celebrate “the diverse history, culture, and contributions of the straight community” and follow the route of the Boston LGBT Pride Parade.

Jerry Lewis will not be attending that either.

Pete Buttigieg was one of the stars at the Democratic Debate. Joe Biden wasn’t.