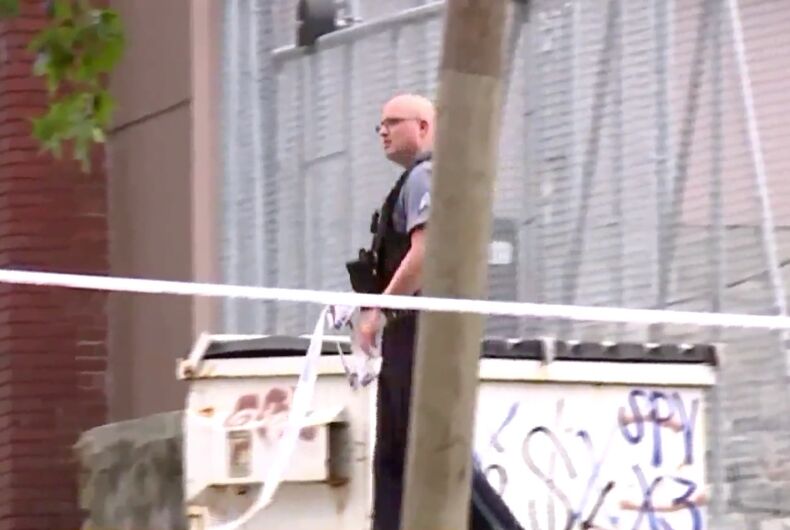 Kansas City police respond to the murder of a transgender womanPhoto: Screenshot

The body of 32-year-old Brooklyn Lindsey was discovered on the steps of an abandoned house in Northeast Kansas City, Missouri early on Tuesday, June 25. According to the Kansas City Star, she had been shot, with signs of trauma to her face.

Neighbors of the home overheard an argument near the home around 2:30 a.m., as well as several gunshots.

Anti-transgender violence remains at epidemic levels, with Lindsey being one of several murders of black trans women in the United States in the last two months, including Chynal Lindsey, Michelle Washington, and others.

“I just want everyone to know that Brooklyn was a good person,” said a friend of Lindsey’s, Torrey West, to KMBC-TV. “She helped who she could and when she could.”

Kris Wade with The Justice Project knew Lindsey for more than a decade. Wade works with women who have faced poverty and sexual exploitation.

“She was just as sweet as she could be,” Wade told KCTV. “She was homeless in the streets and doing whatever she needed to do to survive.”

Wade last spoke with Lindsey a few days before her death. He was working on finding stable housing for her.

“She was afraid for her life,” said Wade.

Police have not ruled out the possibility of this being a hate crime. Anyone with further information is urged to contact local authorities or the Crime Stoppers TIPS Hotline.